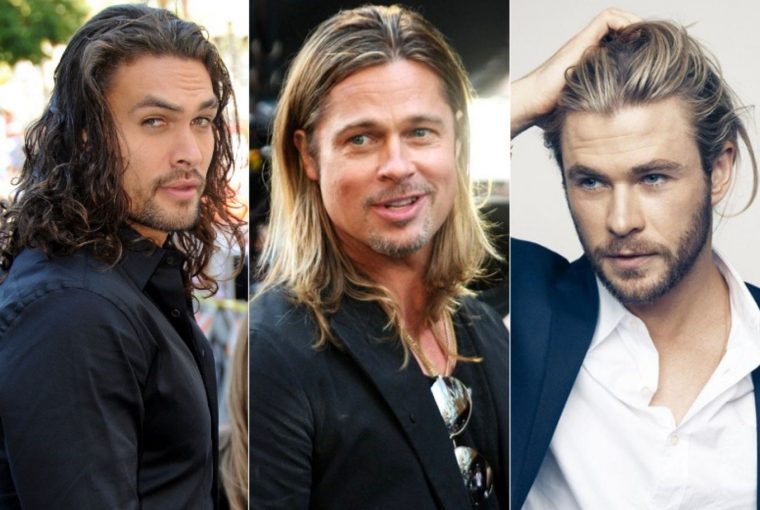 Men with long hair have been prominent among various cultures for many ages. Be it for providing an appealing appearance or just for personal reasons, having long hair is less of a trend and more of a choice. Here are some of the best long hairstyles for men with thick hair.

Not only does having long hair make men look bold but even makes them appear tranquil depending on how the long hair is styled. With many possible ways of having long hairstyles for men with thick hair, picking a single one could be tough despite having the ability to change them several times a day if required.

Without further ado, let’s look at some amazingly classic and modern long hairstyles for men with thick hair:- 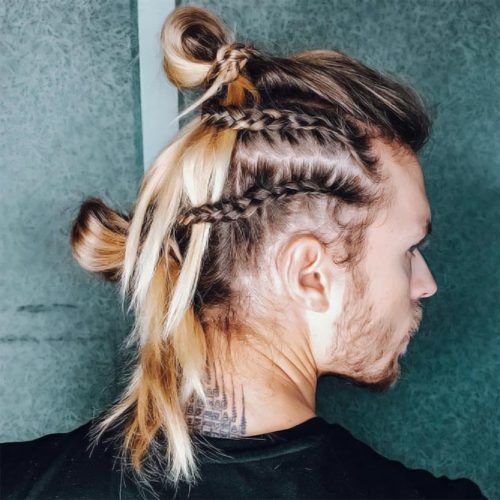 Starting off with one of the most visually appealing hairstyles in this list, braiding your hair will make you appear bold and uber stylish. Starting off with multiple braids at the scalp, you could either do a low man bun or instead go for plaits at the back to make yourself look uniquely dashing. Not only does it suit a casual look all too well but it can also compliment party wear equally. It goes along well, even more, when you’re wearing coats and jackets for formal occasions.

If you’ve been wanting to look relaxed or casual or perhaps just want to let your hair fall naturally to the sides, the longer curls easily form one of the best hairstyles among the long hairstyles for men with thick hair. Yet, you could better wear that look if you manage your curls well by moisturizing them with hair products and use conditioner to smoothen the extreme frizzes.

Do not wash your hair too often nor use a dryer to blow them dry at all because the natural moisture will help the hair stay thick and luscious. You could then side part them or pull them all at the way back for a distinguished look. 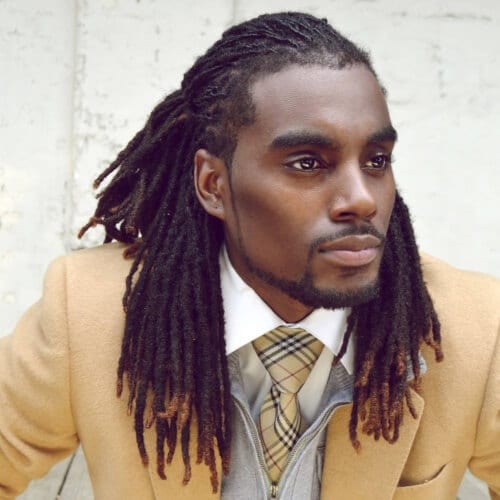 You knew this one was coming when you looked up long hairstyles for men with thick hair. One of the most popular hairstyles to have seen on multiple famous personalities, the dreadlocks appear sporty apart from reflecting an intense and convicted look at the same time.

Straight and long hair is a gift if they naturally grow like that, else, you could use a hair-straightener albeit with much maintenance to try this look. You’ll be required to not only cutting off the ends at times but you’ll also have to condition them well as well as using hair spray or other products to look elegant. You can further side part them or again, pull them back to appear serenely handsome. 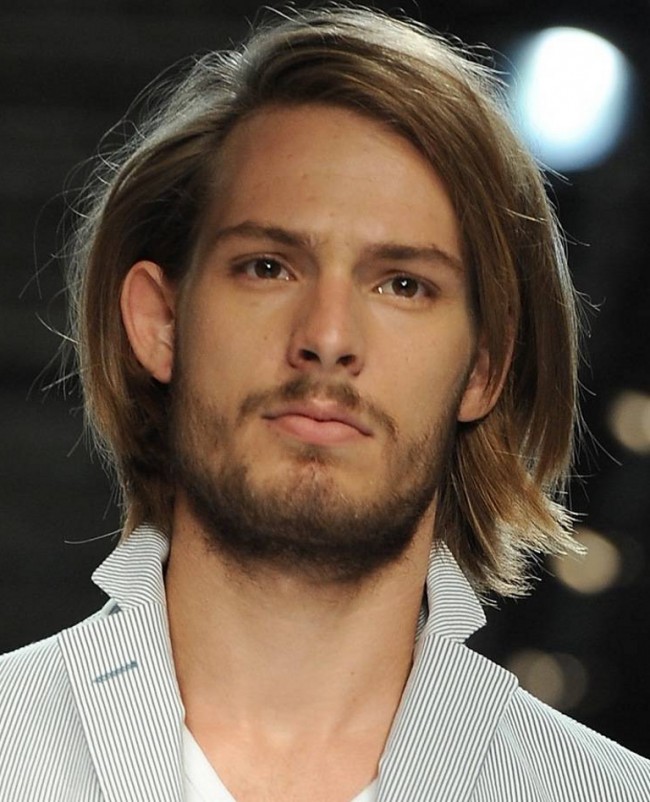 Maintaining this hairstyle is a little easier by using various hair products but it can be easily ruffled with too much movement. For cameos or appearances that require less movement, you can style your hair in two ways which can either be a side part or a center part.

While the latter gives you a distinctive look and requires that you use either wax at the tips with dry texture hair spray on the roots, the former can also suit men with a prominent face. Both of those hairstyles could also accommodate tucking your hair behind your ear to make yourself look unique.

For men with a good volume of long hair or with significantly thicker long hair, they could wear this hairstyle which requires comparatively little maintenance in spite of providing a youthful appearance. Use a mousse to fairly texture the hair when they’re wet and after drying a little with wind or dryer, part the frontside hair all the way back which needs to be kept set with the use of a hair spray. It can suit nearly all the face styles so try it for appearing dashingly attractive. 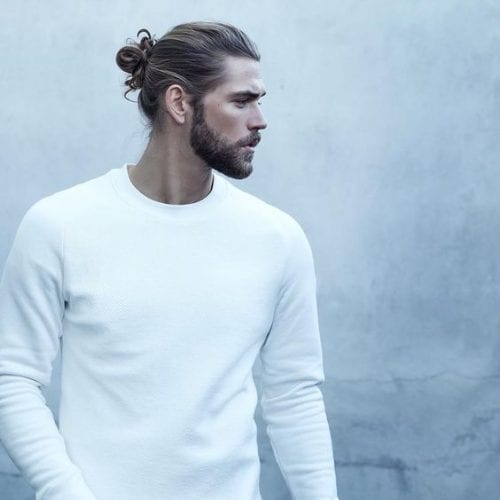 The men who are either too busy to retain a certain hairstyle or simply desire a quick hairstyle with their long hair should definitely try the Ponytail. Use hair ties to organize your hair at the back (preferably low) after they’re pulled back from all sides and go for multiple rounds of knots depending on how tight you want them.

A loose ponytail certainly looks splendid on its own but never wear it too loose or you risk appearing a slacker. Also, having a few strands of hair loose on both sides of your forehead at the front will add up to looking great when keeping a ponytail.

Now, this is generally the common among the long hairstyles for men with thick hair that has been trending for a while and although it ever goes out of style, there are a few things you must do to properly rock the man bun.

For men with (apparently) chiseled features, you could hold the bun tightly for a sleek look but those with softer features could wear the bun a bit loose to look equally charismatic. It looks well along with or without a beard yet you must be cautious with its height.

Men with less long hair should go for a marginally higher placed bun with hair ties whereas men with longer than medium length hair could wear it low while also leaving few strands of hair at the neck to look superb. 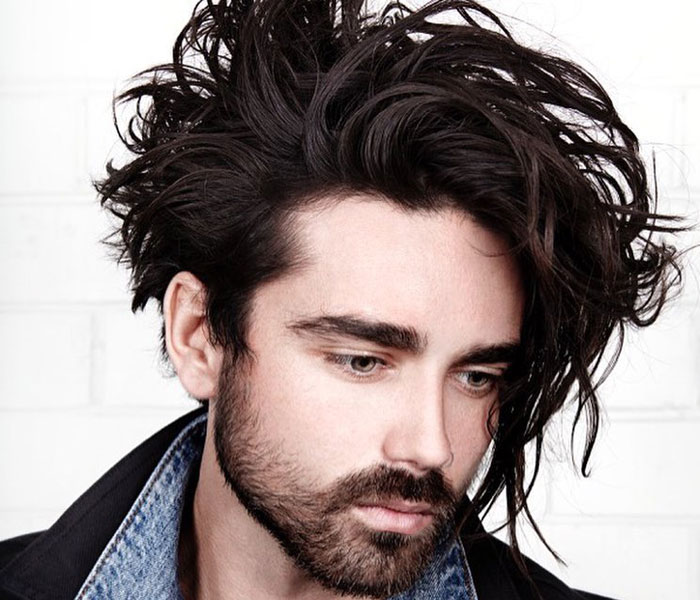 Nearly all heights of men with dissimilar face features should try this hairstyle for it looks amazing despite the differences. It is easy to maintain and you just have to ask for keeping more length on the top and front compared to similarly-sized hair on the other sides of your head.

To look suave despite having somewhat disheveled hair, you should use hair cream and dry it off after a while and use your fingers only to style it the way you want.

One of the commonly popular long hairstyles for men with thick hair, the Afro sets you apart with its volume. It requires combing and beyond more than a little more effort to acquire and maintain it. You’ll have to avoid using several kinds of hair products while only relying on frequent combing and washing them with shampoo every week or so to ensure they’re clean.

Also, avoid making them softer or trying different hairstyles since this hairstyle requires the utmost commitment but is always totally worth it if you go the mile. 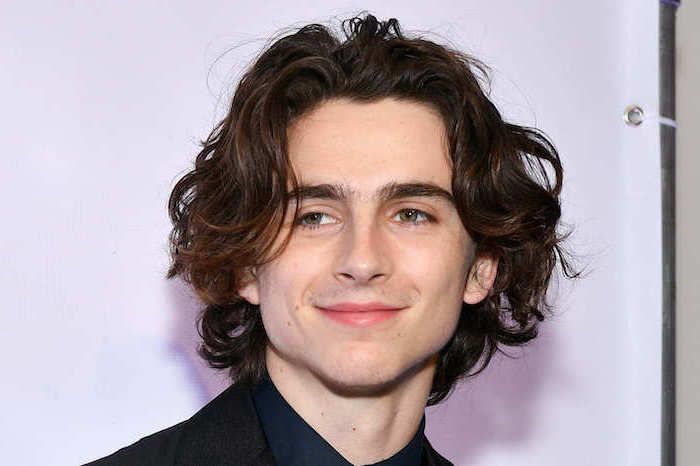 This particular hairstyle wasn’t named the same in primitive times but presently it has a good reason to be named The Chalamet. Also considered as a laid-back hairstyle for men with thick hair who have or don’t have curls, this can be achieved by keeping the top hair longer than the hair at all sides.

The hair already at the back should be proportional in a way that when you pull back hair from the front, they match the length. To maintain it, use hair cream and while there’s no sincere need to avoid ponytails when not wearing this hairstyle, you’re probably better off using your fingers to pull them back.

These hairstyles are but few among the various combinations of them that you can try to look unique and dapper no matter what you decide to wear. Be cautious to not use a lot of hair products since growing the long hair by several inches in a smaller period of time isn’t quite possible after any irreversible damage that is beyond repair with common treatments. Look bold and tenaciously striking with these long hairstyles for men with thick hair.

The Best Sunglasses Brands for Women You should Know

How to Tuck Shirt like a Street Style Pro: Be ready for every challenge with these tuck-in styles 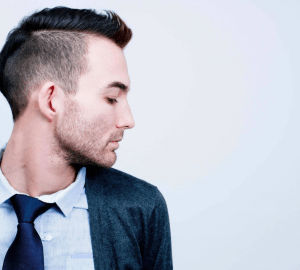 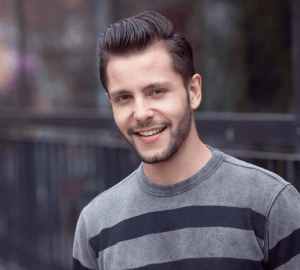