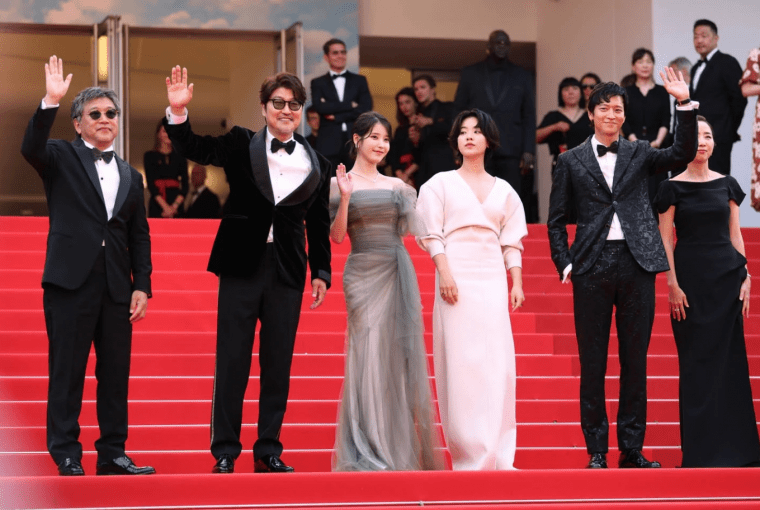 The movie also features some members of the ‘Parasite’ cast who won the Palme d’Or during the 71st Cannes International Film Festival. The film marks director Koreeda Hirokazu’s 8th appearance at ‘Cannes’, as well as actor Song Kang Ho’s 7th.

Japanese director Hirokazu Kore-eda will make his Korean-language debut with “Broker,” featuring “Parasite” star Song Kang-Ho and Lee Ji-Eun. Lee, who is better known as IU. IU is known to be South Korea’s biggest pop star and is also a Gucci global ambassador.

The film ‘Broker’ received massive attention from the media as the cast appeared on the red carpet at the ‘Cannes Film Festival’. However, many fans were gathered to see the singer IU’s First Cannes Appearance, and the singer spent time greeting fans by signing albums, taking photos, etc.

After the official screening of ‘Broker’ ended, the audience delivered a standing ovation to the cast for about 12 minutes, as Koreeda Hirokazu and the cast members took turns thanking the crowd.

For IU’s First Cannes Appearance, she was draped in an elegant number of grey chiffon by Korean designer Choi Jae Hoon. She wore the necklace and earrings from Chopard’s Josephine collection to pair with it. The singer-actor indeed descended upon the red carpet in style, for the screening of ‘Broker’.

Celebrity Outfits At The Premiere

ALso Read: Fashion At The World Premiere of ‘Elvis’ At The 75th Cannes Film Festival