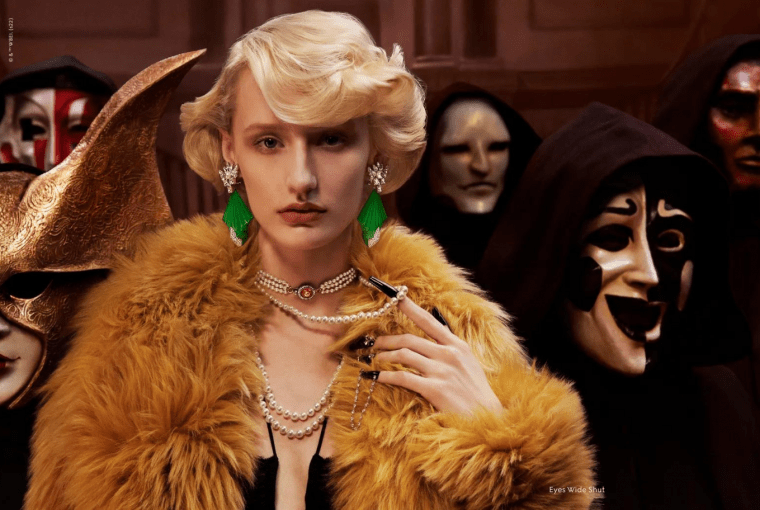 Visualized and brought to life by Alessandro Michele, the photo and video series features the significant silhouettes from Gucci’s latest runway show and the Gucci X Adidas collab. However, the key highlight of the campaign was the recreation of scenes from the renowned filmmaker Stanley Kubrick’s most celebrated works over his career.

The entire Gucci Exquisite campaign was lensed and directed by the duo Mert Alas and Marcus Piggott, Christopher Simmonds produced art, and Milena Canonero and Charlotte Walter curated replicas of original costume designs. All in all, the campaign turned out to be visually extraordinary.

“I’ve always been charmed by cinema. For its power to tell stories that can probe human adventure and its drift. For its visionary power to dig up in the real, making it vertiginously imaginative and questionable. If you ask me, a garment is not, and never will be, just a piece of fabric. It’s rather the means through which we are able to unfold who we really decide to be, it’s how we shape our desires and the ultimate sense of our staying. That’s why I’ve always imagined my collections as films able to convey a cinematography of the present: a score of stories, eclectic and dissonant, that can sacralize the human and its metamorphic ability.”

You can view the photos from the campaign as well as the film below!