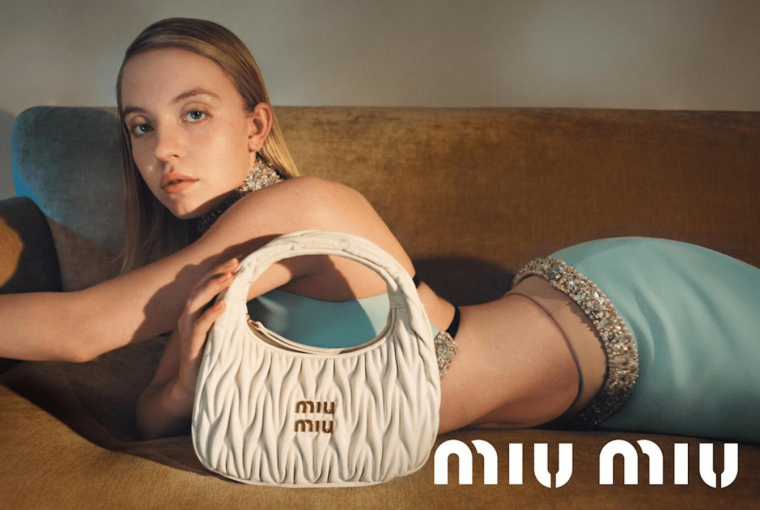 Sydney Sweeney has been in a number of highly regarded television series, including The Handmaid’s Tale, Sharp Objects, The White Lotus, and Euphoria. She’s been rocketed to another level of fame following the latter’s sophomore season. She’s been collecting up fantastic ad campaigns with prominent beauty and fashion brands, and she’s not just on our screens anymore.

She’s teamed with Laneige and Jergens, been designated a Tory Burch ambassador, modeled for jeweler David Yurman, and just landed her most recent campaign for Miu Miu in the last few months.

Tyrone Lebon shot the actress’ new Miu Miu advertising (modeling the brand’s Miu Wander purse), which was unveiled on Thursday. While she stated she “always dreamed” to be a Miu Miu girl, she’s also a Tory Burch fan, having joined the brand’s handbag and shoe ambassador program in April.

Sydney is one of the most gifted and relevant young actresses working today, but her curiosity and confidence inspire me just as much,” Burch said in a statement. “Her approach to acting and business is unrepentant and confident. She is very excited to begin working with Sydney.”

The pair began their collaboration with a bang, attending the 2022 Met Gala together (it was Sweeney’s first time at the event) in matching Tory Burch’s extravagant ball dresses. Sweeney walked the red carpet in an ivory strapless gown with a removable skirt that transformed into a short dress.

The actress’ stylish and fashion-forward persona makes her an ideal choice for many fashion advertisements, and with her future roles in Marvel’s Madame Web and Tony Tost’s directorial debut National Anthem, we expect many more.

Also Read: Bella Hadid Is Revealed As The New Face For Swarovski

Bella Hadid Is Revealed As The New Face For Swarovski