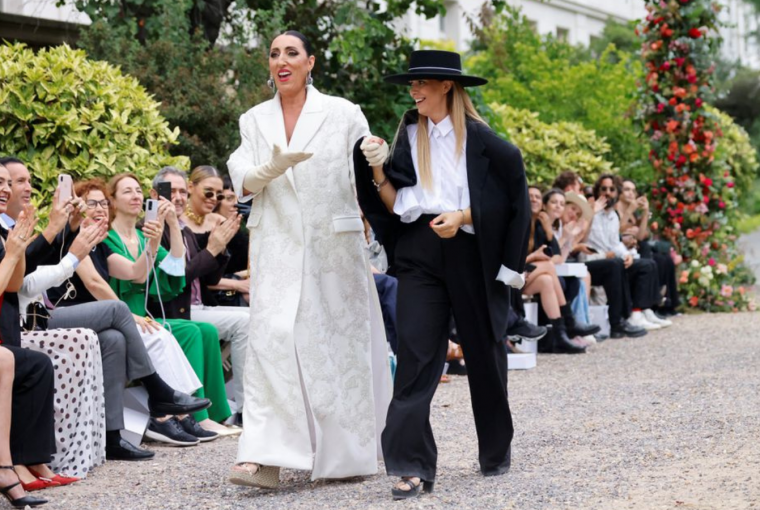 She moved slowly across the courtyard to the traditional singing and guitar strumming of live musicians, including singer Israel Fernandez, stopping to greet them with a dramatic flamenco-style twist of her hand.

Martin is the third Spaniard, after Cristobal Balenciaga and Paco Rabanne, to participate in France’s official haute couture program and the first Spanish and Gitana woman to do so. “I’m extremely happy of her – she’s a friend of mine, but I’m also a tremendous fan of her work,” De Palma said after the performance when guests gathered beneath trees for wine and chorizo.

“It’s not just historic for me, but also for the Spanish fashion business,” Martin remarked through an interpreter. She stated that she would like to keep presenting her high couture brand in Paris. Thursday was the final day of haute couture shows in Paris 2022.