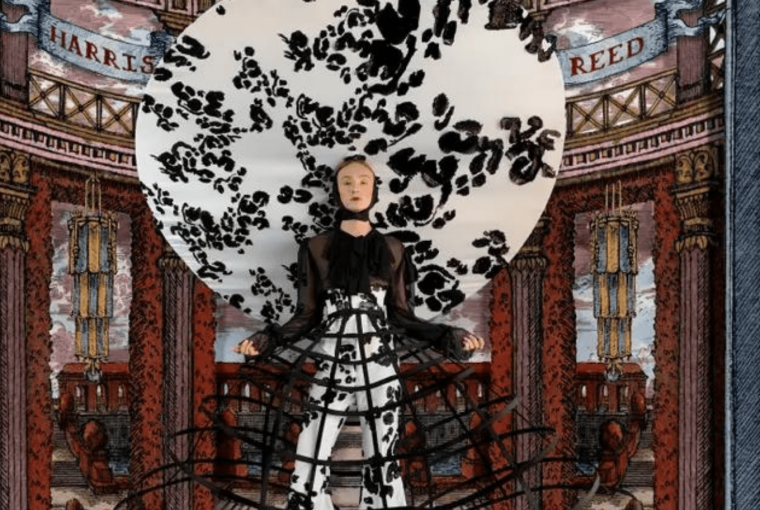 The V&A Museum in London is bringing back its free Fashion in Motion catwalk series, which will feature budding fashion designer Harris Reed.

On March 18, the museum’s Raphael Court will host the Fashion in Motion: Harris Reed event, which will feature three free shows displaying Reed’s creations in a newly commissioned fashion performance.

Reed, a British-American Central Saint Martins graduate, shot to fame after clothing singer Harry Styles and has since become known for pushing fashion in a more gender-neutral and inclusive direction.

ACCORDING TO THE MUSEUM, the V&A has created an immersive set that will incorporate designs from Reed’s collections addressing themes of performance, extravagance, and self-expression.

“Young LGBTQ creator, there could be no better honor than having your work chosen to be exhibited in an establishment as respected as the V&A museum,” Reed said in a statement about becoming a part of the V&A’s Fashion in Motion series.

Someone who creates art with the aim of sparking a larger discourse about gender expression and identity, such as Fashion In Motion, which makes fashion shows open to anyone, and who actually intends to change the dynamic and thinking of more people about fluidity.”

Also Read: What is “Dopamine Dressing”? The New Trend of the Fashion Industry!

“They are really looking forward to presenting Harris Reed’s superbly created works within the Museum’s Raphael Gallery,” V&A senior curator exhibits Oriole Cullen said. They’re pleased to show his clothing to the Fashion in Motion audience since they blend magnificent shapes and exact details with a beautifully inclusive purpose.”

The V&A’s new fashion show, ‘Fashioning Masculinities: The Art of Menswear,’ debuts on March 19 and contains one of Reed’s first-ever collections.

The Fashion in Motion: Harris Reed event has a limited number of tickets, which will go on sale at 10 a.m. on March 8.

What is “Dopamine Dressing”? The New Trend of the Fashion Industry!