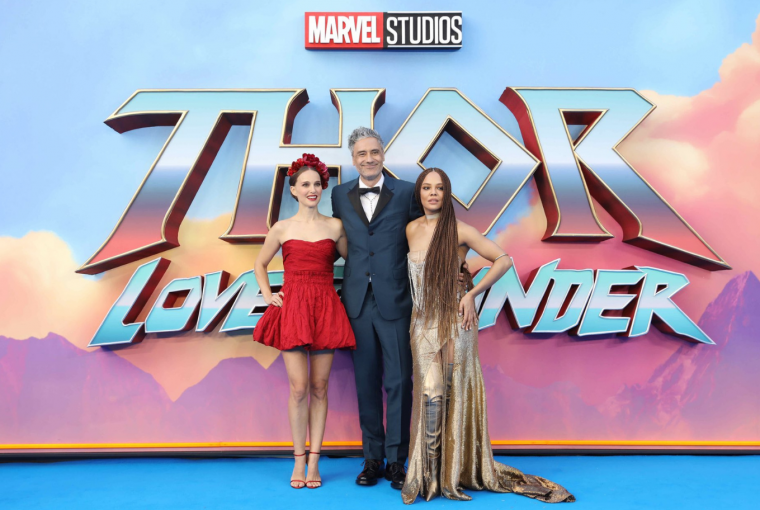 Marvel fans are on their toes with the upcoming Marvel movie ‘Thor: Love And Thunder’ that is to be released on 7th July, Thursday. Meanwhile, the London premiere of the movie is here and so are the dazzling celebs on the red carpet of the premiere!

Among the celebrities attending the event were Rita Ora, Natalie Portman, Tessa Thompson & Taika Waititi. Besides the co-stars, other celebrities such as the tennis champion Serena Williams, the  “Bridgerton” actor Regé-Jean Page and the “Guardians of the Galaxy” actress Pom Klementieff also made appearances on the red carpet.

The stars of the film were there for a blue carpet event in the middle of Leicester Square. Apart from that they also took part in a special Q&A before the film. Some lucky guests also bagged a chance to enjoy some special photo opportunities ahead of watching the film.

Previously Rita Ora was also spotted at the front row of Schiaparelli Couture Fall Collection 2022 in a stunning embellished tube top and pants ensemble! Take a look at all the glamorous celebrity outfits on the blue carpet!