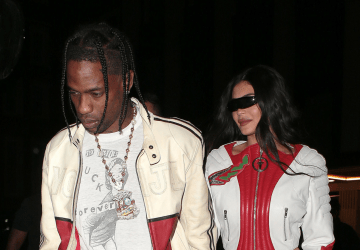 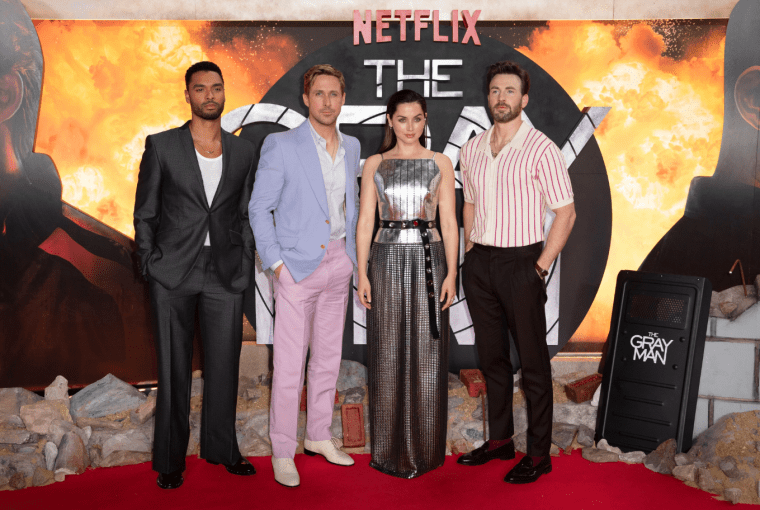 Chris Evans, Ryan Gosling, Ana de Armas, and more celebrities at the red carpet of the London Premiere of ‘The Gray Man.’

Following the LA Premiere and the Netflix special screening of the newly released movie ‘The Gray Man,’ the cast has now taken the event to London for promotion. The action movie had a limited theatrical release on the 15th of July and has been highly awaited to be released on Netflix this Friday, on the 22nd of July.

The action-thriller movie rolls in as a CIA agent, played by Gosling, is being hunted across the globe by a sociopathic rogue operative, played by Chris after he uncovers the secrets about the agency. The movie has been one of the most expensive movies Netflix has ever made, grossing a budget of almost $200 million.

The leading female star Ana de Armas and her costars from the movie joined her on the red carpet, including Ryan Gosling, Chris Evans, and Regé-Jean Page. The film’s directors, Joe and Anthony Russo, known professionally as the Russo Brothers, were also in attendance at the premiere. Kit Connor also paid a surprise visit to the red carpet, much to everyone’s delight!

The cast indeed nailed the red carpet looks while battling the temperature rise alongside. We could not have anticipated a silver embellished dress or a pastel-colored suit on the red carpet, but here they are! Check out all the celebrity ensembles present at the Gray Man London Premiere below!

Ryan has been making headlines for his fashion as of lately, and for this premiere, he again did the same. Looking as suave as ever in a periwinkle two-button notch lapel blazer and pale pink wool trousers, he brought back the pastels to The Gray Man London Premiere. The subtle color-blocking striped button-down and cream lace-up dress shoes with sleek tailored pieces justify his role as Ken in his new upcoming Barbie Movie!

Chris Evans chose to be that simple yet classy character on the red carpet with a simple striped knitted shirt and brown pants. The famous slicked-back hair was all he needed to complete the look for the event at the end.

The Bridgerton actor was dressed rather handsomely in a gray two-piece and a white tee for the London premiere of ‘The Gray Man.’ Basically, he doesn’t need much to look glamorous on the red carpet since the suit works wonders!

The actress attended the London premiere wearing a custom silver column dress with a black embellished belt and silver sandal heels by the French fashion house Louis Vuitton. She wore her hair slicked back, showing off her jewelry, and kept her makeup to a minimum.

Kit Connor gave all the fans a delightful surprise when he appeared on the red carpet of The Gray Man London Premiere. The man just decided to keep it as simple and chic as possible, and the plain white tee and pants are doing precisely that! The playfully combed back hair gives a casual yet stylish look to the entire outfit as he poses for the camera!

Also Read: Burberry Takes Over The Tanjong Beach Club In Singapore For The Summer TB Monogram 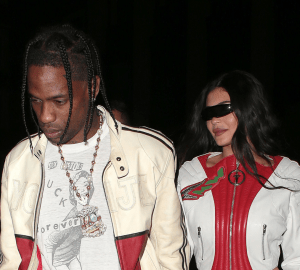