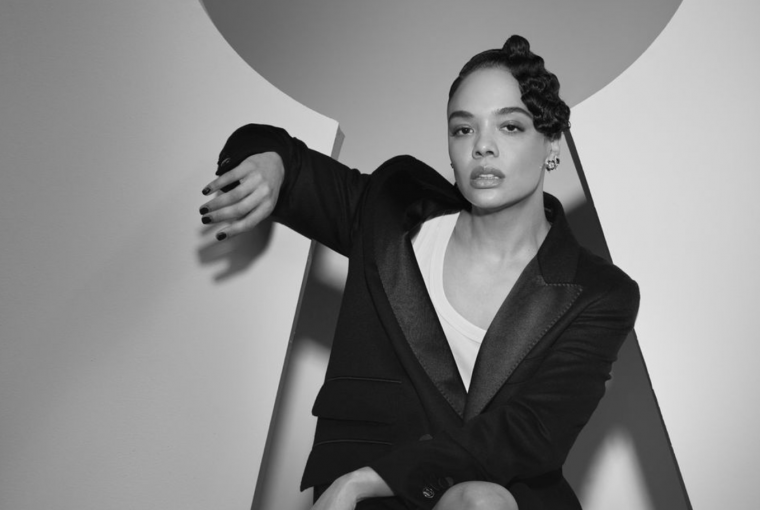 The actor and producer, who was recently spotted playing the role of Valkyrie in the movie ‘Thor: Love And Thunder’ was featured in the August 2022 edition of Harper’s Bazaar. We have seen various sides of the 38-year-old actress as she starred in multiple blockbusters, including the Marvel movies. But Harper’s Bazaar explores what more there is to the rising actress.

“I know that a lot of my contemporaries don’t agree with me, but I think being underlauded in your time sometimes is not a bad thing,”

she explained to the HB team

The renowned magazine chose Tessa Thompson for Harper’s Bazaar Cover Page as she gained more attention with her role and personality in the industry. The magazine lays out an interview and a photo shoot that shows us the different sides of the actress.

While awaiting their brunch in New York City in SoHo, the actor, who has starred in two of the highly anticipated franchises—Thor: Love and Thunder from Marvel Studios and HBO’s Westworld Season 4 opens herself up. The actress talks about her upbringing, career, and philosophies. You can read the entire interview on Harper’s Bazaar Website.

For the first look, Tessa slipped up a Giorgio Armani blouse and skirt along with black Commando briefs. The Bulgari High Jewelry earrings and studs add to her beauty, while the Alexander McQueen boots complete her look.

For the next pose, Thomson went for a sheer mesh Prada dress, tank top, shorts, and ankle strap heels. Adorning her chic look are the Bulgari High Jewelry earrings and studs.

The oversized ALAÏA blazer and white boots portray the actress’s classy profile with the Bulgari High Jewelry earrings and studs.

Adding to the collection is the next ensemble containing a Dior coat, a corset belt, and a tank top. The Bulgari High Jewelry earrings give a subtle fresh look to the attire without grabbing the attention. The Falke socks and Church’s shoes later complete the stylish look.

Next were the Max Mara jacket and a tank top styled with Bulgari High Jewelry earrings and studs, as well as the Alaia boots for a classy formal look.

The latest Fendi overcoat, sheer dress, bralette, and briefs were there to portray the sensual side. The  Alexander McQueen boots helped to give finishing to the attire.

The bright yellow Alexander McQueen dress and black boots were no less voguish than the other dresses, but they gave her a charming and youthful look with the vibrant color. The Bulgari High Jewelry earrings aided in donning her ensemble without overdoing it.

The last one was a white and sheer Saint Laurent by Anthony Vaccarello coat and top that gave more of a sexy but confident look. The white Alaia boots gave a monochrome look to the apparel and transformed it into an edgy look.

The August 2022 Issue is now available on the newsstands and can also be read in the magazine!