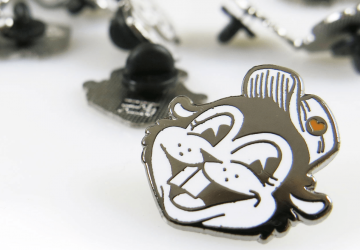 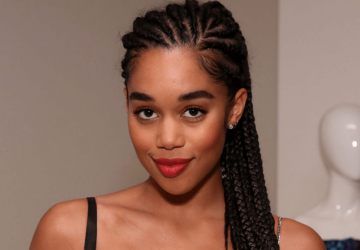 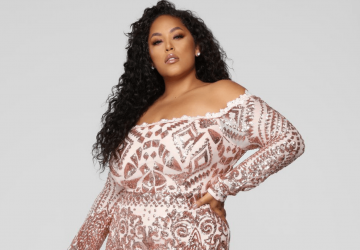 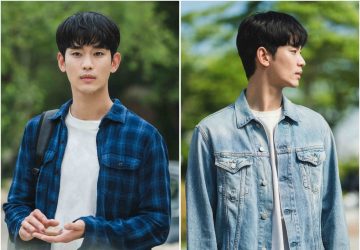 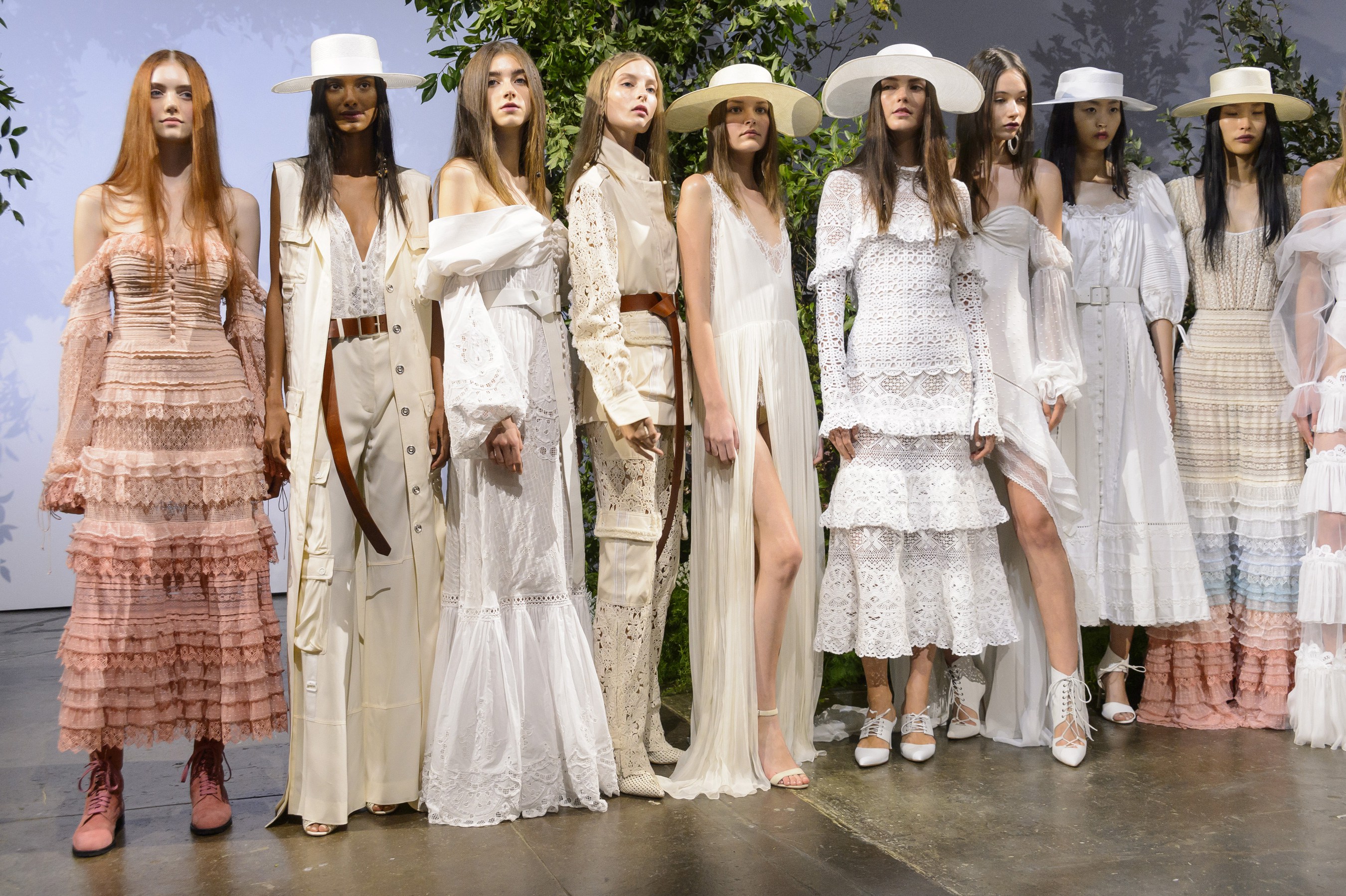 Jonathan Simkhai decided to give the proper runway setup a miss this time as his models walked leisurely out of a greenery-covered archway and through an open room while showcasing his Spring 2019 collection at the high-profile fashion week of New York. 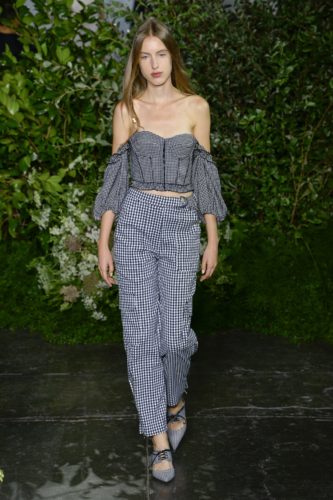 With soft string music reverberating in the background, the designer switched things up by deflating the proverbial balloon a little bit courtesy his brand-new take on life and work. 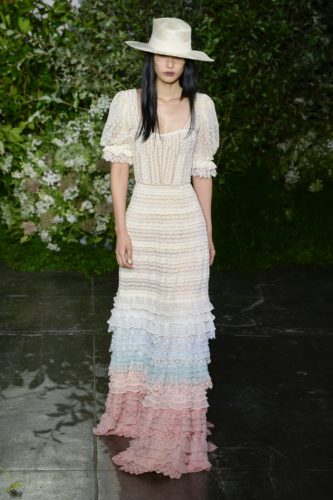 Last year has been pretty jubilant for this talented designer who celebrated his first anniversary with his husband and even brought home two bundle of joys from a surrogate. 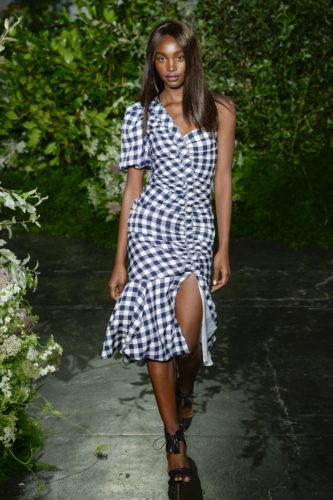 While such changes could have caused a disruptive impact, it brought nothing by peace and serenity in the designer’s life. 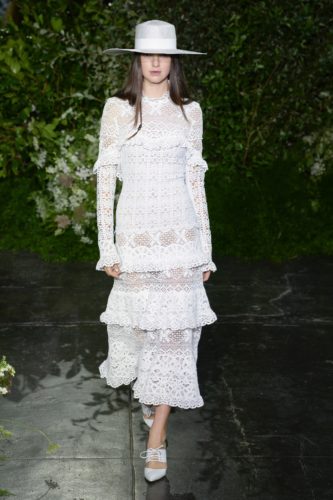 He is now a very happy man, settled in Los Angeles which is the exact same place where he had opened his debut brick-and-mortar store a few months back. 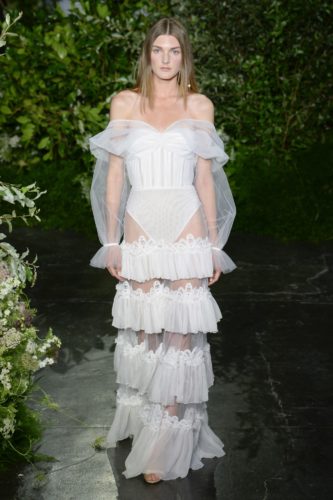 His ready-to-wear line had evident influences of his new life at the west coast and was filled with an aura of femininity that got even more accentuated as the presentation took place in a romantic garden. 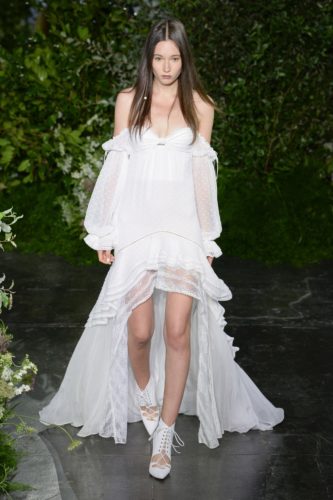 The quantum of success achieved by him manifested itself in a sense of tranquillity which was channelled in his Spring 2019 collection. 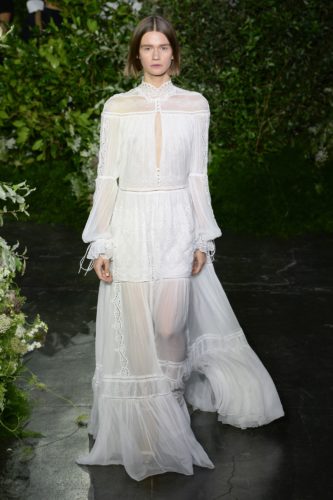 Gone are the days when Jonathan Simkhai models used to be characterised by figure-hugging and sexed-up numbers as this time they went on a full-on prairie goddess mode with crochet and cotton dresses having broderie anglaise, ethereal white gowns and cargo pants paired with billowy tops. 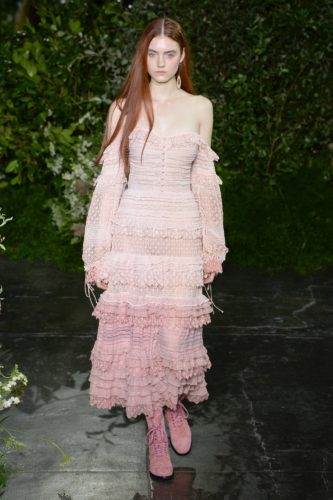 Crème brûlée and pastel pink with dashes of gingham in the fresh tones of yellow and baby blue which is the boldest pattern in his latest collection comprised majority of the color palette thus adding to its sweet and appealing romance. 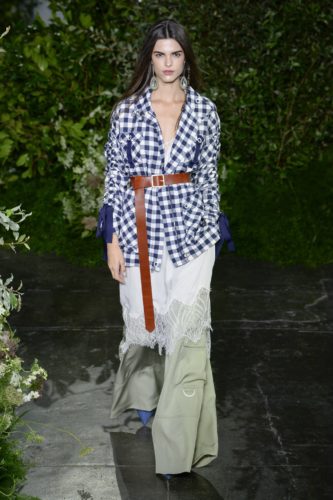 Cargo tops worn with cargo raver pants radiated the feel of an outfit which belonged to a Burning Man angel. 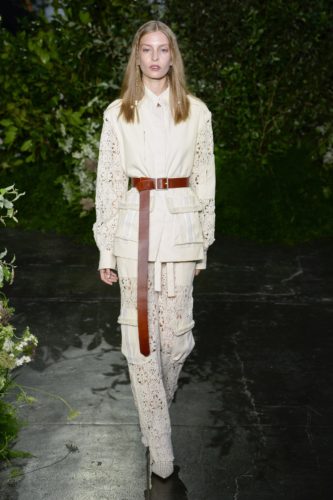 Corset details introduced by Jonathan Simkhai brought along a structured appeal to off-shoulder gowns and crop tops. Utilitarian pieces such as wide-legged overalls, safari jackets and cargo pants imparted requisite balance to the hyper-feminine vibe of the line-up.

This in turn helped the collection in staying grounded in a contemporary and urban context irrespective of its romantic and pristine illusion of basking in the radiance of sweet summer. 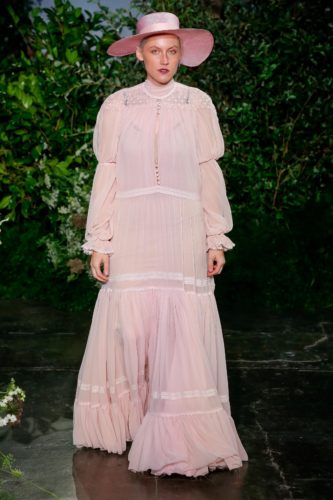 The long sleeveless trench dress, forest green jumpers, Victorian-style pouf-sleeve top, camo-inspired sleeveless coats and a low V-neck blouse worn over belted trousers and high-waisted brown belts celebrated the existence of free-spirited power women who can win over all the curveballs of life without flinching even a bit. 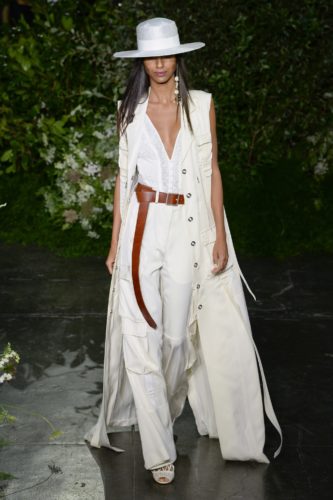 While playing with fabric manipulation and craftsmanship, Jonathan Simkhai delivered featherweight maxislip dresses and long macramé lace frocks punctuated by tiny lace inserts which is bound to look charming as you step out for a summer party under the Mediterranean sun. 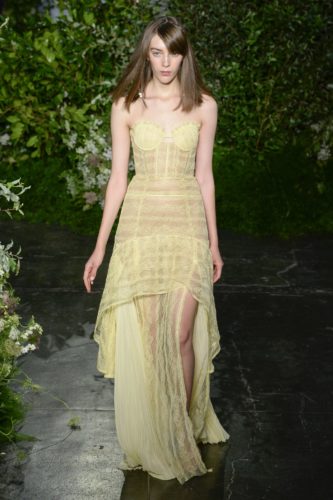 The piercing blushes and off-shoulder silhouettes showcased by Jonathan Simkhai were reminiscent of Victorian-era fashion. These high-end designer looks were complemented to perfection by statement-making design details such as classic-hats, corset-like bodices and high-collar creations. 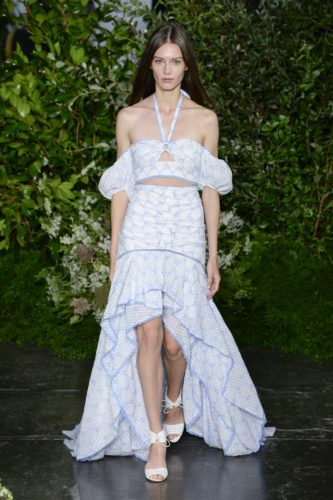 The drop dead gorgeous collection was devoid of much frill or embellishments to keep the whole look as much serene as possible. The timeless classic “Close to You” was played when the models paraded around the room for one last time in their angelic avatars. 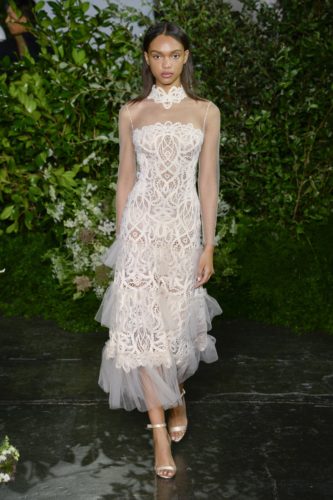 The designer had invited family, friends, buyers, influencers and editors for participating in this intimate presentation as models sauntered through the foliage-filled room. 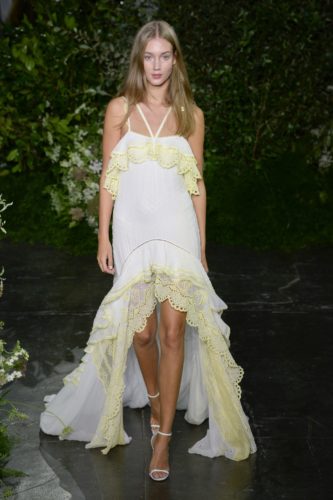 Jonathan Simkhai said at the presentation that, “I really wanted to be able to connect with the women who’ve supported the brand and be able to talk to them and hang out. A lot of times during a fashion show, I’d be in the back, and I never really got to see anyone. I wanted to create an experience for people to be able to come in, have a drink and see the clothes, and to create something really beautiful, fun and different.” 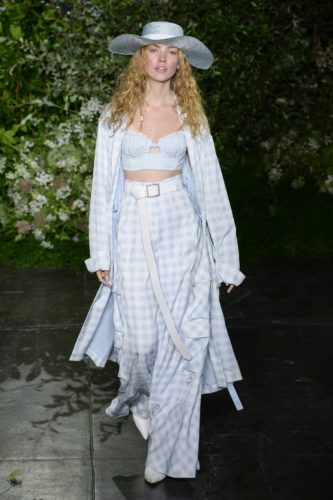 In spite of the jam-packed room, the presentation was carried out in a rather peaceful manner which bore resemblance to the joy and euphoria of a summer wedding. Words such as “rebirth” and “escapism” was used by the talented designer while describing his warm-weather offering. 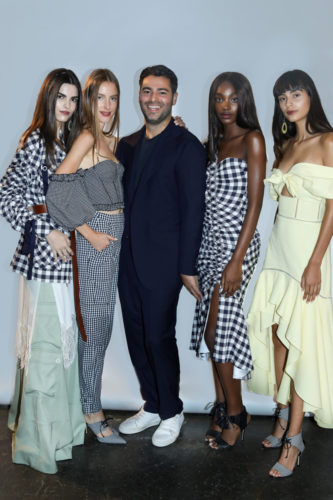 “It’s something really beautiful and fun to wear and something that you can put on and feel amazing in,” he added while describing his countryside utopia. The show notes referred to the garments as “what people wear to a rave-like dance in this fanciful world.”

Kylie Channels Her Inner Kim With Her Latest Latex Avatar 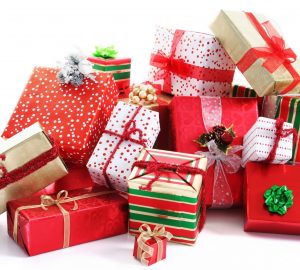 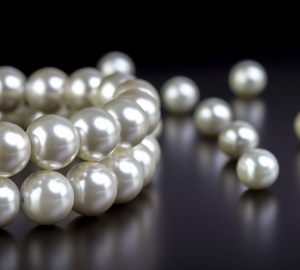 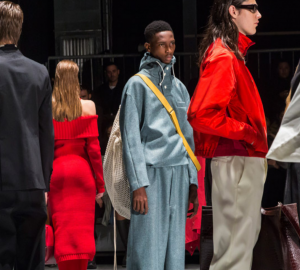 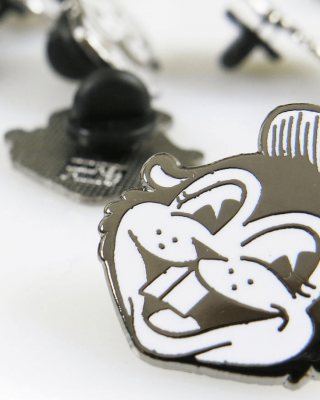 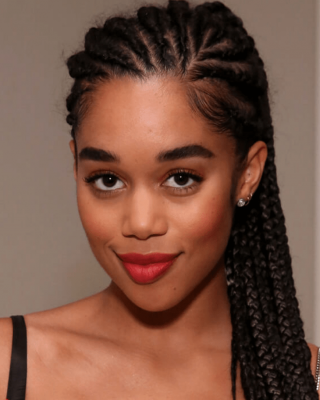 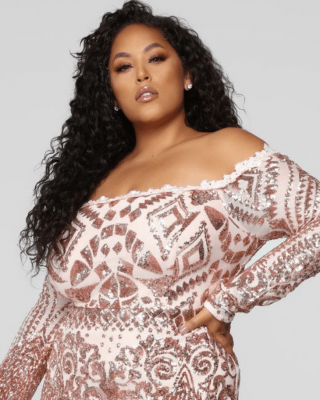 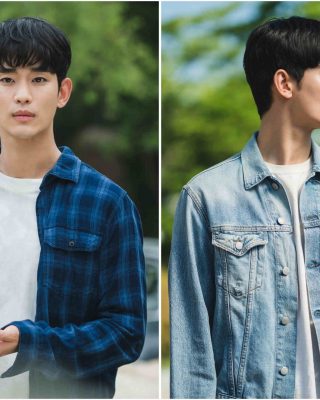