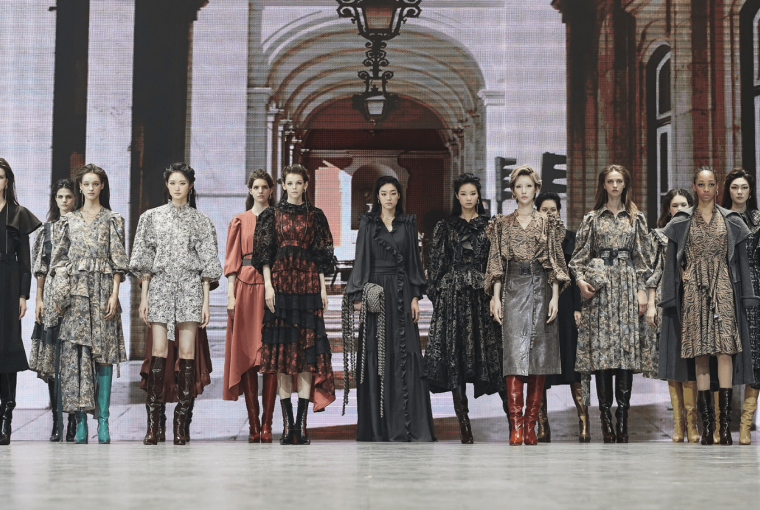 South Korea’s biggest fashion event, the Seoul Fashion Week, which is held every March and October, kicked off on Friday. The show was held with offline events for the first time in three years at the Seoul Museum of Craft Art in central Seoul.

The opening ceremony of Seoul Fashion Week 2022 Fall-Winter was performed by the girl group Kep1er and hosted by model Shin Hyun-ji. More than 150 people attended the show, including Seoul Mayor Oh Se-hoon and other celebrities, buyers, and big shots.

“I hope, K-fashion, which has already been introduced in London and Paris, continues to make a foray into New York and Milan Fashion Weeks and I hope Seoul becomes one of the top five fashion cities in the near future,”

Highlights of the Events

The designer brand Bonbom was the first label to present its collection, titled “This is the Way That We Love Like It’s Forever,”. It marked the brand’s Seoul Fashion Week debut. It was followed by C-Zann E’s runway show titled “Movement & Freedom,” The final collection on the runway was from the brand Beyond Closet, titled “My Palette.”

In addition to these three collections that were presented live, there were prerecorded shows from three other brands. The fashion shows for Seokwoon Yoon, Painters, and Eenk were also streamed online through YouTube, Naver TV and TikTok during the same day.

Wnderkammer opened the event on the second day followed by BMUET(TE), Lie, and Doucan with their offline catwalk show. The new brands Vegan Tiger and Holy Number 7 presented live on virtual platforms with pre-recorded shows.

The first brand to present its collection was Caruso with its theme as “A New Beginning From The End Two“. Following this runway was the brand Cahiers with its collection named “When Paris Calls You“. The last brand to take the stage was DEW E DEW E’s theme was “A Self-Portrait for Seoul Woman“.

Other collections presented that day were JChoi, Saint Ego, and Nodicoma through the online streaming mediums.

Two Red Carpets in One Night: Lady Gaga Woo Fans with Her Looks!