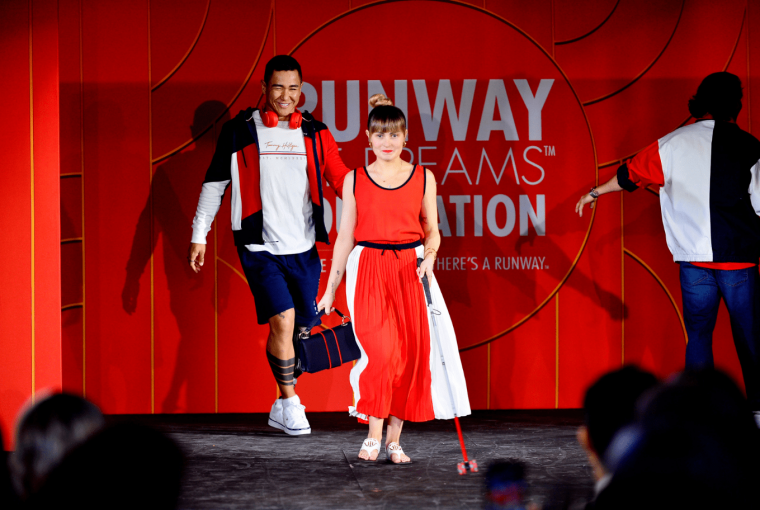 Right after Paris, Fashion Week came to an end, 70 models with varying disabilities and differences, ethnicities, ages, and backgrounds walked down another runway. Runway of Dreams hosted A Fashion Revolution the previous night with a record-breaking attendance that focused on the latest trends in an adaptive fashion.

Runway of Dreams is a non-profit organization founded and run by Mindy Scheier in 2013. Hosted by award-winning actor Jamie Chung, the event took place at The Majestic Downtown, Los Angeles. The organization is striding towards a future where all are included, accepted in the fashion industry, especially people with disabilities.

“We are thrilled to have a record-breaking crowd and our largest event yet. This shows the power of adaptive fashion, and inclusion. We are changing the fashion industry.”

Highlights Of The Night

The major highlight of the runway was the Ukrainian model and refugee, Oksana Kononets, who endured a dangerous journey with her mother from their home in Lviv, Ukraine through Poland, and then to Los Angeles. She had arrived just two days prior to the Runway of Dreams event.

Her heartfelt words were, “It was important to me to be here, because people with disabilities want to love what we wear just like everyone else.”

Being hosted by Jamie Chung, the show featured a favorable amount of sportswear offerings for daily life. This included shoes that can be slipped on and pulled tight with velcro, shirts that have magnets or velcro replacing buttons and pants, and sweatshirts with zippers and pulls to accommodate limbs of different lengths or prosthetics.

Stars who walked the carpet were Charlie Rocket and the Dream Team, Jennifer Stehlin, Ben Giroux, Alina Starr Morse, Conner Lundius, Abimbola Bim Fernandez, Pridehouse LA, Kelsie Davies, Brooklyn Webb, and many more. The success of this event remarks the support and the embrace of the fashion industry towards the physically challenged which is quite applaudable and touching.

Bananas to Fish Scales: Fashion World is Looking for Eco-materials!

The Closure of Paris Fashion Week!