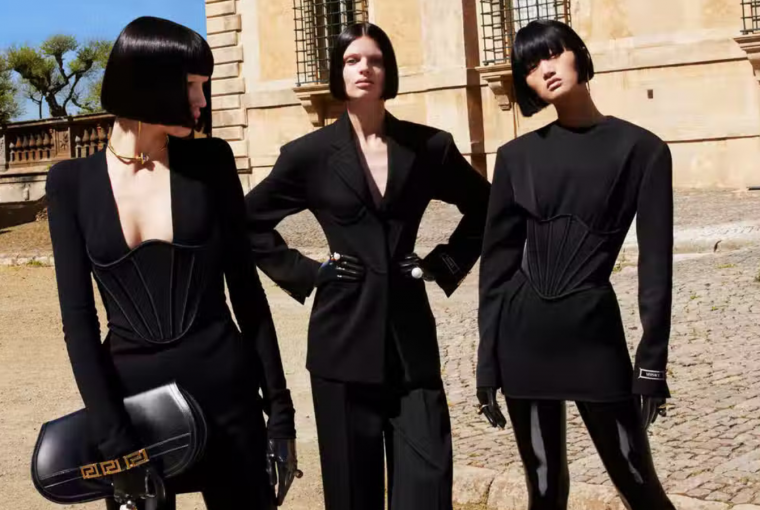 Lily James is a genius at disguise. The actress made headlines earlier this year when she transformed into Pamela Anderson for Hulu’s “Pam & Tommy” — and now she’s going goth for Versace.

In one photo, the 33-year-old makes a pose in a corseted black dress, liquid-like gloves, and dark purple lipstick, while in another, she cradles a classical statue in a clinging crimson outfit.

“When Lily James got in front of the camera, she transformed!” remarked designer Donatella Versace, who uploaded photos from the shoot’s set on Instagram.

“Wearing the collection freed her unique attitude, and she exuded new strength and power.” That’s precisely how you should feel when you’re dressed in Versace!”

According to a Versace news release, James’ “impulsive and bold attitude” is “the image of Versace confidence.”

Fans were blown away by the star’s appearance in the advertisements. “I would never have recognized you,” one person said, while others described the photos as “simply lovely.”

Regardless of how dramatic her latest transformation is, we doubt James spent four hours in hair and makeup for her Versace shoot, like she did every day when filming “Pam & Tommy.”

The actress wore synthetic breasts and teeth, as well as four different wigs, to play the “Baywatch” bombshell and even had her forehead, brows, eyes, lips, and fingernails altered to appear precisely like Anderson’s.

TikTok’s Favorite Brand Is Diesel, and for The First Time, It Is Inviting The Public To Its Milan Fashion Week Event