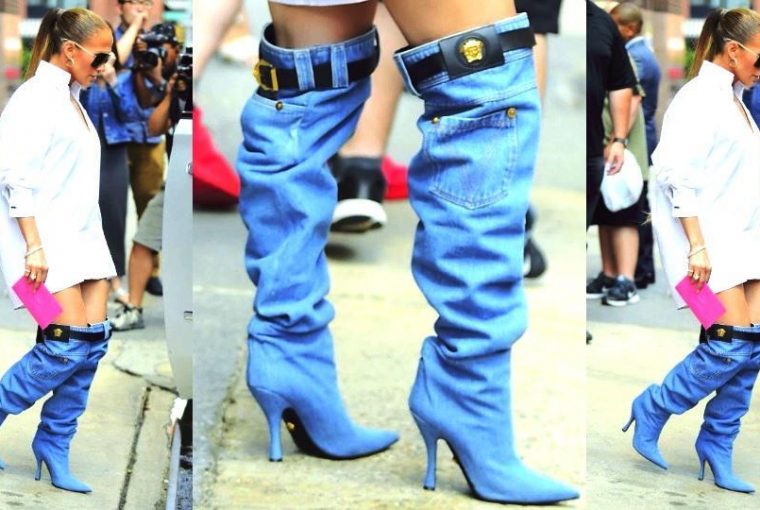 JLo has for hogged the headlines of fashion magazines with her ravishing sartorial choices and exquisite style which often ends up breaking the Internet and making the Netizens go gaga over her fashion choices. 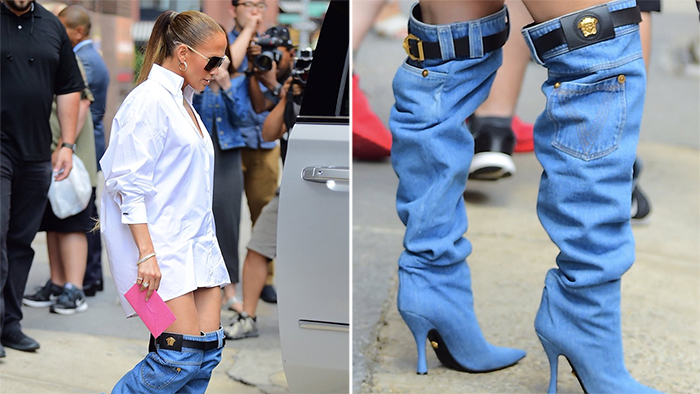 The Shall We Dance star gave fashionistas worldwide much to talk about as she attended the MTV Studios and Music Choice HQ in New York City wearing knee-high heeled Versace boots which were adorned with a black belt detailing at the hem as well as sewn up pockets. This literally caused an Internet meltdown as the pictures became viral instantaneously with some even exercising their own creativity to come up with hilarious memes regarding the same. 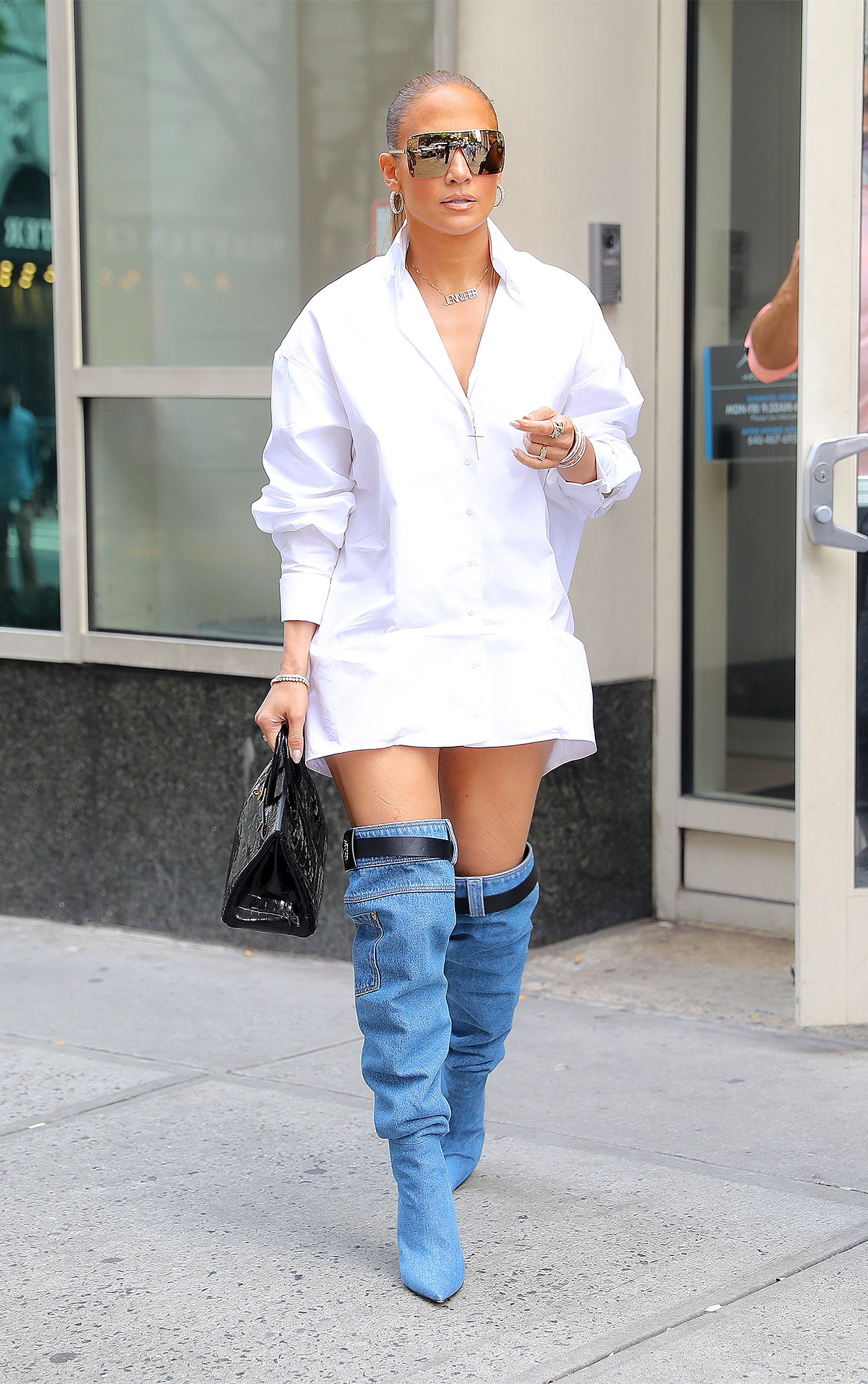 The main reason behind this was that her boots left us confused over whether her ‘pants were falling off’ or if she had swapped her pants for boots. Her latest look portrays that a denim style trend scorches the fashion billboard every now and then. Some were of the view that the diva had marvellously rocked the ‘lampshade’ look which refers to wearing an oversized T-shirt which can cover up your shorts thus making you look similar to a lamp shade. 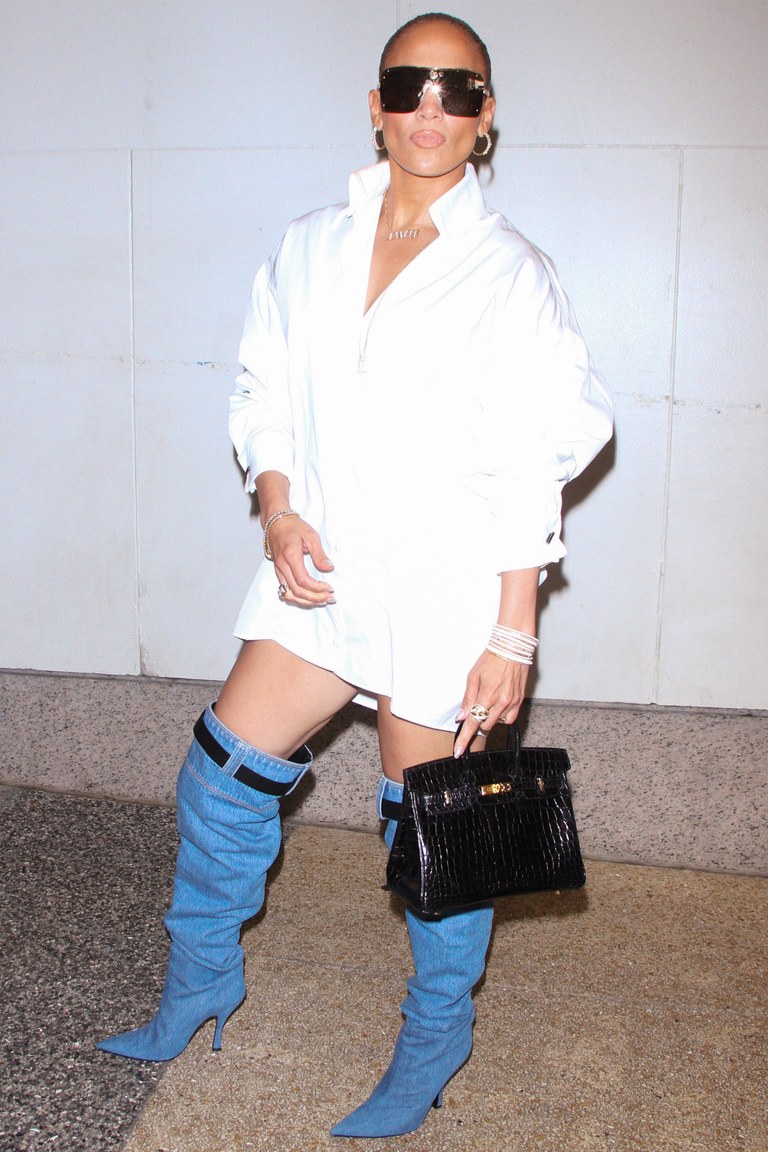 The slouchy over-the-knee boots which were crafted using blue jean fabric is a part of the Versace Resort 2019 collection. Her boots even featured patch pockets on the back, fully-covered stiletto heel and pointed toe.  She wore a white buttoned-down shirt on top of the same as a dress which grazed the top of her thighs. Although initially everyone thought of her look as another wardrobe malfunction, she carried it off with much sass looking flawless while doing the same. She sealed off her look with hoop earrings and a nameplate necklace which read “JENNIFER.” However, it was the 49-year-old star’s choice of footwear which managed to create the maximum hullabaloo.