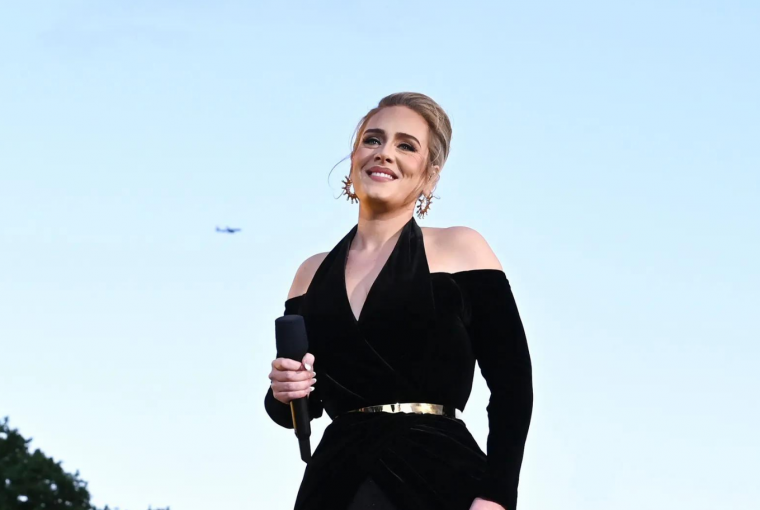 Adele in a ‘black dress’ is pure magic and she is back to enchant us with her gorgeous black dresses at BST Hyde Park Concert!

Adele fans were on cloud nine when the British singer treated them with a two nights festival at the BST Hyde Park 2022 Concert festival-her first public concert in five years. For the first time in six years, the global star performed songs from her album ‘30′ live. However, she did play a small secret show at the L.A. Griffith Observatory in October, but that was far from enough for the fans!

For her long-awaited performance it was a given that the top star pulled out all her best fashion bids for the stage. Adele chose a chic Schiaparelli look for the first night that featured a floor-length velvet gown with long sleeves and a halter neckline. She completed the look with gold jewelry such as a thin belt and statement earrings. For the second night, Adele changed into a black, off-the-shoulder Louis Vuitton dress with sequin-embroidered ruffles, which shimmered amidst the stage lights.

Both of these striking ensembles portrayed Adele’s style signatures: The singer obviously prefers classic Old Hollywood silhouettes. Her custom Armani gown at Brit Awards 2022 can be a prime example for this.

And after five years of no concerts, Adele made her latest attire such a spellbinding stage style which was definitely worth the wait.

The singer also shared her love for the LGBT community during the spectacular gig while donning the Progress Pride Flag as she belted out her song ‘When We Were Young’.

Adele In Some Of The Best Black Dresses

‘One Night Only’ Show

‘An Audience With Adele’ Show

Money Piece Highlights- How To Rock Hairstyles With These Trendy Highlights