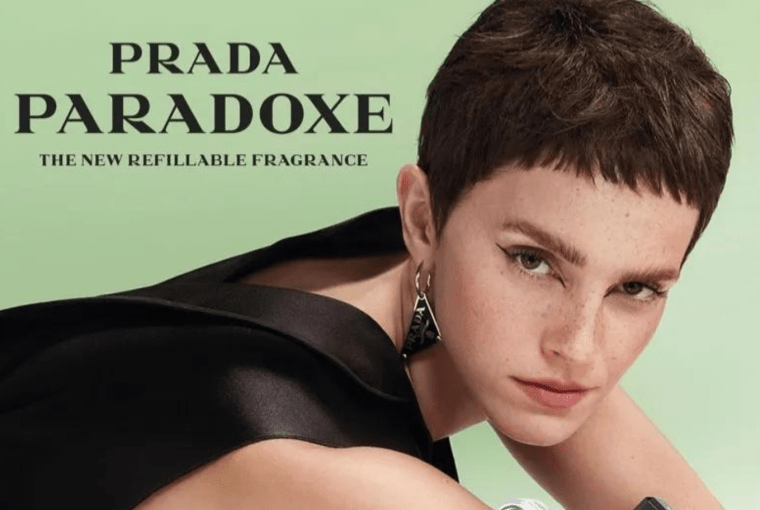 Emma Watson directed herself in the Prada Paradoxe Fragrance Campaign!

Emma Watson is a woman of many talents and values too. The 32-year-old actor, fashion plate, activist, and as we all have known, a good ‘wizard’ too. But that is far from enough to satisfy her, so she decided to make a new addition to the list- a director!

The multi-talented star was just announced as the new brand ambassador of Prada’s latest fragrance, Paradoxe. But not only is Watson starring in the campaign, but she is also its director, writer, as well as narrator.

“For her involvement in the Prada Paradoxe campaign, Emma Watson made a single request—to direct the film herself. Watson’s directorial debut is an empowered celebration of what it means to be a living paradox. She breaks the mold of the muse to be both in front of and behind the lens, writing her own script and narrating her story, redefining codes to represent her most authentic self.”

the brand said in a press release.

The new Prada Paradoxe fragrance Emma Watson stars for, housed in a triangular bottle inspired by the label’s signature logo, is portrayed as multidimensional with a white floral bouquet. It carries hints of neroli and jasmine, along with an amber note called Ambrofix. Ambrofix is typically used in more masculine scents, while Serenolide is a new and revolutionary musk molecule that dries down, giving a second-skin experience.

Watson has been widely known for her values and her outlook on sustainability. This plays a significant role in the campaign as it is essential to her. Prada Paradoxe is refillable, with a 100-milliliter/3.4-fluid-ounce refill available for $125.

“Prada has always gone beyond traditional models and archetypes of conceived beauty and is famous for a femininity that challenges conventions. It’s a pleasure to create a campaign and represent a fragrance with such a profound philosophical concept and sustainability initiatives in a way that feels genuinely real and relevant.”

Also Read: Harry Styles Featured On The Cover Of Rolling Stones As The ‘First-Ever Global Star’