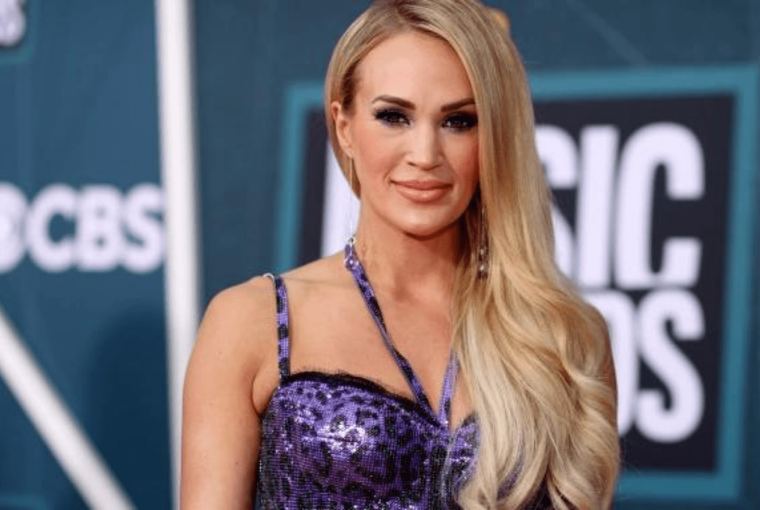 A look at some of the red carpet’s most memorable fashion moments, from Miranda Lambert to Maren Morris.

On Monday, a host of America’s top music stars descended on Nashville for the annual CMT Music Awards, dressed in some bright and bold costumes.

Carrie Underwood, Maren Morris, and LeAnn Rimes, among others, walked the red carpet of the fan-voted show, which took place in Nashville, Tennessee.

The awards presentation was co-hosted by actor Anthony Mackie, best known for his role as Sam Wilson aka Falcon in the Marvel Cinematic Universe, and singer Kelsea Ballerini. However, the performer said she had tested positive for COVID-19 just hours before the performance began, but she would still be hosting from her home.

Morris donned a Rasario two-piece ensemble that had a silver embellished bralette top and a bright red high-waisted skirt with a lengthy train. Her hair was fashioned in loose waves and her makeup was kept basic with a nude lip.

Underwood wore a tiny purple leopard print dress with black pointed shoes by Dolce & Gabbana. Ballerini didn’t let her positive diagnosis stop her from getting glammed up and on the red carpet. She wore a Michael Kors white three-piece suit with a bejeweled silver bralette, styled by Molly Dickson.

With her goddess-like, form-fitting white dress by Reem Acra, complete with a plunging neckline and sequins designs throughout, Mickey Guyton reflected old Hollywood glam. Her hair was pulled back into a side part and managed to secure with a pearl clip.

Rimes wore an ethereal white gown by Georges Chakra with cutouts and asymmetrical motifs all over.

Miranda Lambert donned a plunging neckline long-sleeved dark blue minidress. The singer also played “If I Was a Cowboy,” the first song from her next album “Palomino,” due out later this month.

The CFDA Launches An Educational Programme For Metaverse Education