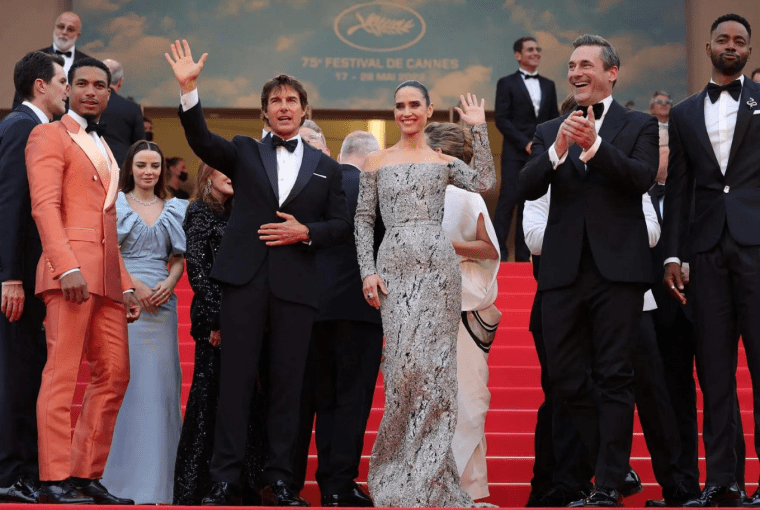 The screening of the new film ‘Top Gun: Maverick’ was held on Wednesday, graced by the presence of Tom Cruise and co-star Jennifer Connelly. The zombie-humor movie was slated to be released in 2019, the pandemic era, but was postponed. And the movie was released exactly on the day of its premiere on Wednesday, 18th of May 2022.

The premiere was sure to be a memorable one, not only because of Tom Cruise’s appearance at the red carpet after 30 years but also his entry! As Cruise walked off the red carpet with his co-stars Jennifer Connelly and Miles Teller, a squadron of fighter jets roared overhead.

Later, inside the Grand Théâtre Lumière, the festival’s president, Pierre Lescure, presented Tom Cruise with an honorary Palme d’Or Award. The legendary actor also received a 6-minute standing ovation by the crowd while he burst into tears.

Here are some of the best celebrity outfits that were seen on the red carpet during the Top Gun: Maverick Premiere!