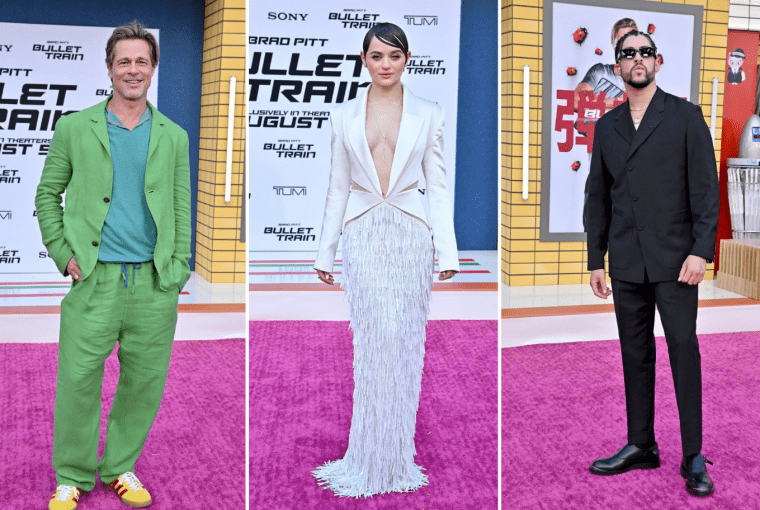 Brad Pitt in green, Joey King in white and silver, Bad Bunny in black- the celebrity fashion at Bullet Train LA Premiere is all colorful and glamorous!

Brad Pitt made the headlines just recently when he walked the red carpet of Bullet Train Berlin Premiere wearing a monochrome skirt and button-up with a blazer. The legend pulled off the outfit with utter ease and left the crowd with their jaws on the floor!

Though there were no skirts this time, we spotted Brad Pitt in a green-teal combo looking as handsome as ever! Joey King slayed a white and silver dress by Cong Tri while Bad Bunny wore a black suit from Dior’s Men collection! Below are some of the most fashionable outfits from the Premiere red carpet.

The upcoming action film is to be released tomorrow, on the 4th of August, with many fans eagerly awaiting it!