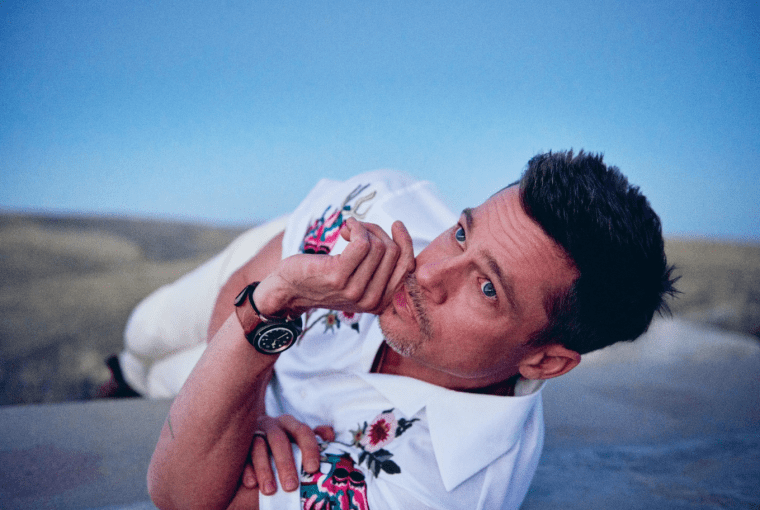 This celebrity’s hairstyles continue to impact trends today, from short haircut styles like the crew cut and buzz cut to long hair flowing or in a ponytail. For all the guys who want his look and style, here’s a look at Brad Pitt’s hairstyles over the years, including some of his most recent.

Including short and long hair, the two-time “Sexiest Man Alive” winner is known for wearing a number of haircuts. This guide includes some of the most famous Brad Pitt hairstyles.

There’s no doubt that Brad Pitt’s hair is naturally pretty, and he is a hair icon; he’s had almost every style known, some of which are considered the best in film history. And it’s not just that he’s got the styles; he’s also managed to pull off everything he’s worn. Below are some of the most popular Brad Pitt short hairstyles.

Brad Pitt’s Fury haircut pays reference to military haircuts from the 1930s and 1940s. It’s a really stylish look that’s making a resurgence, and you can achieve it by letting your top hair grow out while reducing your sides with a skin fade or short undercut.

This produces the unattached look, but slicking back your hair softens the trend and gives a refined touch. The ultimate Fury haircut features blonde highlights and sharp spikes for a stylish Brad Pitt hairstyle.

Brad’s undercuts have recently been striking and eye-catching, as Brad starred in a number of military epics. The good news is that if you think that the disconnected undercut with a slick back is too adventurous, you don’t have to try it.

Pitt’s basic yet fashionable crew cut with an undercut on the sides is a terrific method to make your hair look thicker and fuller. A tapered undercut combined with a pompadour is another choice for the ideal in-between cut.

Brad Pitt’s Fight Club hairstyle is one of his most recognizable looks. The Hollywood star’s hair, which epitomized ’90s haircuts with unruly spiky hair, contributed to Tyler Durden’s particular character in the film. Use matte styling clay or wax to produce the style with short sides and longer hair on top.

Brad Pitt has proven that a buzz cut is a versatile style with many choices for modern males. His Mr. and Mrs. Smith buzz cut features additional growth, ideal for men with full and thick hairlines.

If yours is receding, buzzing your head with a number one blade will draw attention away from the front of your hair. It requires even less care than a standard buzz cut, and you can alter your look with bleach if it becomes boring. Don’t forget to add texture and volume with a beard.

A faded haircut is a beautiful way to wear your hair without going too far out of the box. The fade should gradually shorten as it approaches your ears and neckline, while your top hair should be left longer.

This gives you more fashionable options, such as a quiff or textured locks. A current option is to combine a fade with a taper before adopting a soft side part, which is attractive because of its sleek and ageless appearance.

The crew cut has long been one of Brad Pitt’s most favored hairstyles. The actor’s crew-cut hairdo is an excellent option for men who want to mimic his celebrity style but can’t commit to growing long or medium-length hair.

Medium hairstyles are connected with the actor’s casual and laid-back look. His locks are generally down to his shoulder or halfway between his shoulders and neckline, whether he’s filming or between gigs.

Medium-length Brad Pitt’s hair is ideal for guys who wish to combine a sensual and handsome cut with their hair type because it flatters everything from wavy to straight and curly hair. Slick the front and center portions back so that all the strands flow in the same direction to duplicate Pitt’s fresh cuts and create a youthful appearance. Below are some of the most famous Brad Pitt’s medium hairstyles.

Brad Pitt rocks a challenging part in Inglourious Basterds in 1940s-inspired fashion. This hairstyle, which features a longer combover, is excellent for men who want to keep their hair clean but still a touch wild.

Work some pomade into your hair to keep it textured for added punch. People might stop you on the street and ask for an autograph if you have a Clark Gable-style mustache!

For boys and men with naturally straight hair, a shaggy, not too long, not too short haircut is appropriate. The length of your bangs should reach your nose, and the remaining should be clipped to your ears. Your hair may get in your eyes, but at least you’ll look cool.

There’s no denying that Pitt is a stylish man, both on and off the set. If you have longer hair, you might try the pompadour hairdo he had in this shoot. Comb your hair carefully towards the center, using the appropriate amount of product.

Brad Pitt with Side Bangs

Here’s another example for males who are thinking about adding bangs to their new hairstyle. Unlike the first one, when the bangs were only a touch, the primary focus here is on the full side fringe.

Highlights do not necessarily have to be spread evenly throughout your hair. In fact, it is recommended that you consult with your stylist to choose the ideal highlighting technique for your face. Consider using streaks in the front to draw attention to your eyes.

Brad Pitt’s long hairstyle is more famous than his short hairstyle. Brad Pitt has frequently sported long hair. This haircut is suitable for any occasion, but it requires a significant time commitment. It is also ideal for any season, as you can wear it down about your ears in the winter and a fresh bun in the summer.

If you have blonde, soft black, or light brown hair, you’ll look ready to hang out with friends. Maintain their health by regularly using conditioner to keep them looking their best! Here are some of the best Brad Pitt long hairstyles.

Brad Pitt always knows how to combine a goatee or full beard with a particular trim. A surfer haircut may be just what you need if you’re a younger man or if you want the bad boy image. It does have longer hair, which might be a headache to maintain, but it will definitely up your cool factor.

Read More: Best Long Hairstyles For Men – Must Try For A Sexy Look!

Slicked-back hair is a well-known look among Wall Street financiers and power people. However, by avoiding the gel, Brad Pitt has given it a less aggressive appeal throughout the years.

Instead, he applies a modest quantity of styling products to make the slick back less noticeable, resulting in a more stylish look.

Brad Pitt’s hair is really silky and straight. Long hair can be challenging to manage, which is why Brad Pitt frequently wears it in a ponytail. A ponytail is trendy, especially when worn low, and it’s extremely low maintenance for busy guys who don’t have time to wash and style their hair.

If your ponytail needs a modern edge, try mixing it up with a man bun. A man bun may not be as macho, but its height adds a fresh depth to your look.

The actor’s Troy haircut isn’t as completely correct as his Fury or Inglourious Basterds looks, but it’s no less beloved. Every man has desired his shoulder-length hair with a slicked back, bright blonde cut because it is a perfect combination of manly and handsome.

Aside from growing your hair long, it would be best if you curled the sides to achieve the entire Troy look, but be aware that this only works for males with thick hair.

Nobody is born with sandy blonde hair like Brad Pitt. You may achieve the appearance, however, by dyeing your hair blonde. Regardless of length, this look allows you to stand out from the crowd because it is a bright and daring color, especially if you choose a platinum shade.

Blonde hair is softer and more elegant with long and medium-length locks, so if you want to be edgy, go for a buzz or crew cut. Furthermore, highlights take a simple classic cut to the next level.

Brad Pitt’s recent hairstyle in 2022 is medium to long because he has been imitating old Hollywood trends for his films. A side-part combover has been added to his medium-length hair, making it appear fuller and thicker.

Although he used to style shorter haircuts that are simpler to get and maintain, his longer styles appear to be here to stay as he continues to pull off a variety of variants. Brad Pitt’s haircuts will remain contemporary and seductive, from the center part to the straight bro flow.

Finally, before changing your appearance, any male should observe Brad Pitt’s hairstyle. The well-known actor has tried so many different haircuts over his career that we’re confident you’ll find one that suits you.

What hair products does Brad Pitt use?

Brad Pitt most certainly uses a combination of hair products for style, even though we haven’t seen it inside his bathroom cabinet. When his hair was shorter, it was generally beautifully textured and matte, indicating that he used clay or matte pomade.

With his long hair, the styling products may be simple, possibly some mousse for mild hold or a small quantity of texturizing paste for a slightly sloppy, bed-head look.

Who is Brad Pitts hairdresser?

Aside from their obvious popularity, A-list celebrities like Brad Pitt, Jane Fonda, Jennifer Aniston, Orlando Bloom, and even Paris Hilton all have one thing in common: their hair. More specifically, it would imply that the lady who makes their hair appear so incredibly impressive is French-born hairstylist Léa Journo.

How do you do the Brad Pitt hairstyle?

The back and sides should be at least three inches long so they can be swept back. The texture should also be put here so that your hair moves and doesn’t seem too “Lego-head.” Request a more extended, classic layered cut with texture and no hard lines across the back and sides from your barber.