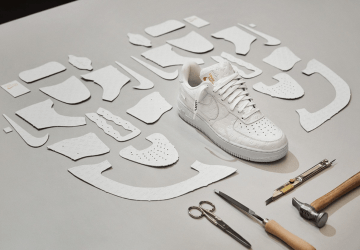 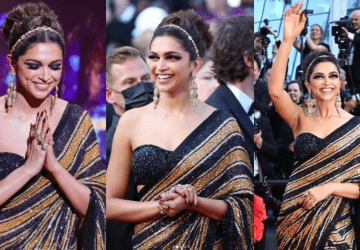 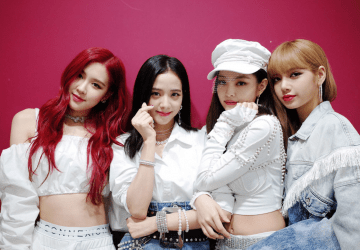 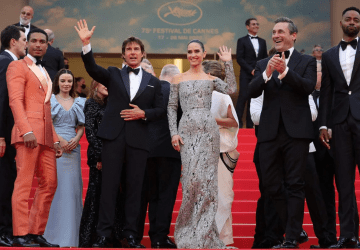 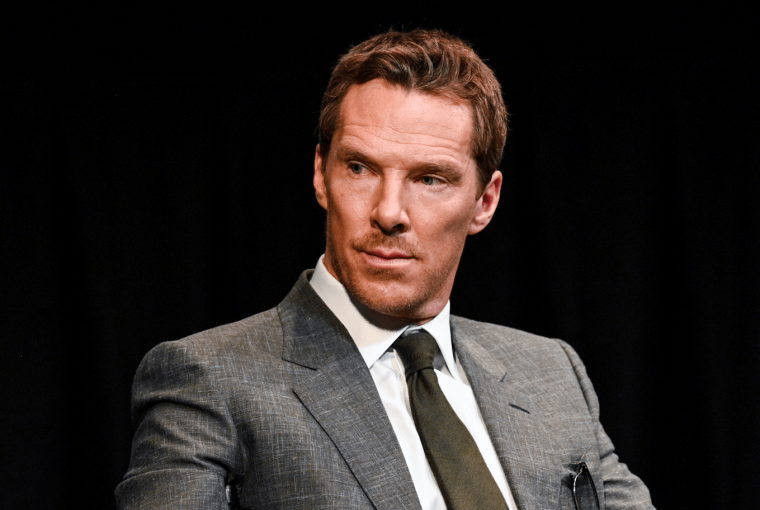 You will find very few British actors with a more diverse and varied CV than Benedict Cumberbatch. He has played Sherlock, John Harrison, Julian Assange, Hamlet, Khan, the dragon named Smaug in the Hobbit, and our beloved Dr. Stephan Strange in MCU.

However, we are not here to talk about the acting prowess of Benedict Cumberbatch. We are here to discuss how a strange-looking man (pun intended!) portrays himself like the canvas of classic and sophisticated clothes!

Talking about style, Cumberbatch is unique in Hollywood dressing as he rarely tries to call attention to himself with his clothes. He had a “Posh” British upbringing, which is flowing and evident from his more traditional approach to fashion. His effortless and always on-point outfits make him a great example of the style of a modern gentleman.

One thing is for sure – the way Benedict presents himself, he is a proper English gent! The 45-year-old actor always looks well-clothed thanks to his sharp suits, bow ties, and smart casual outfits. Additionally, he himself has admitted that he invests his time in fashion and takes pride in his appearance.

Most of the Benedict Cumberbatch outfits will consist of formal clothes that are more comfortable than less formal attire. In fact, casual attires are not made for him or his natural personality. You will find crisp and well-cut suits in his wardrobe. However, he broke that rule and wore a gray t-shirt in 2016 Comic-Con and it was looking awkward, to say the least!

The best thing about Benedict Cumberbatch is that he knows his body type and therefore sticks to the clothes that will look good on him. He has a tall and thin frame and hence, mostly wears trimley cut pants and suits with thin lapels and narrow ties.

Some of the most common Benedict Cumberbatch outfits are classic outerwear such as trench coats, simple overcoats, leather jackets, and waxed cotton jackets, also known as Barbour jackets.

All in all, his style leans towards classic and he enjoys wearing format style more as compared to the average actor his age. He was probably the only high-profile attendee at the Met Ball that actually wore a proper white tie without any faux pas.

We are talking about a man that clearly understands the rules of classic attire! So, let’s see some of his most acclaimed looks you can try.

Here is a guide for you to pull off the Sherlock Holmes look! Benedict Cumberbatch played the role of the quirky detective to perfection and was hailed for his looks throughout the series. It is one of the best portrayals and his style was acclaimed by many critics along with his acting.

Now, you can also pull this off as we have listed all the necessary Benedict Cumberbatch outfits here to get this look.

It is the most important Benedict Cumberbatch outfit if you want to get this look! The paradigmatic coat is one of the symbols of the detective throughout the series. If you want to convince yourself that you are Sherlock indeed, then you will need to wear this historical coat.

You can easily find this high-quality jacket on any website online for under $200 with accurate design patterns and supreme quality. This is the most important item and has unmatched significance if you want to get this look. This is the piece of attire that screams Sherlock Holmes!

Sherlock is dapper as he doesn’t wear soggy loose jeans and a tee. You will always see him in an A-line business suit. So, to get things on the right track, get one that is high-quality and has sublime fitting.

Go for something economical as you don’t want to spend all of your money on a suit. For colors, go for darker shades like black or charcoal as you will be imitating a flamboyant and extrovert personality.

To go with your suit, you will need to find a formal suit that oozes quality! As you will be wearing a dark suit, go for a shirt that has a dark hue. Choose a shirt that is great for casual as well as party outings.  Adding this type of shirt to your daily attire will definitely have an extraordinary impact on your personality.

Among many Benedict Cumberbatch outfits in the show, you will be familiar with the muffler the most! He will always have this on when he ventures outside to solve a case. The muffler doesn’t only seem to enhance his looks but also boosts his performance.

So, if you are thinking about trying the quintessential character’s look then you must get yourself this priceless and graceful muffler to your wardrobe. Apart from that, it will also be one of the best additions to your winter outfit ideas for men and add color, style, and uniqueness to your look.

According to various theories, Sherlock has OCD when it comes to tainting the crime scene or tampering with the evidence to keep it as it is. While doing these things, his gloves give him a daunting look!

He mostly goes for leather gloves. This Sherlock-inspired Benedict Cumberbatch outfit item is one of the must-haves when you pull off an accurate Sherlock Holmes look.

If you want to pull off this look then you will need to go with full detail. To add detail to your Sherlock look, wear a top-quality deerstalker hat or is widely popular as the Sherlock Holmes hat. BBC hat has enjoyed this name due to the fame given by this show! Hence, undermining the importance of this hat is not a good decision.

Since we have included all the attire that has been formal and classy, you will also need to wear shoes that have the same genre.  Look for shoes that are a perfect mixture of classy, comfy, and most of all, are formal. Go for black Oxford-style shoes as they are the best choice.

Now, let’s see some normal Benedict Cumberbatch outfits you can include in your wardrobe.

When we talk about Benedict Cumberbatch, fashion will be pretty simple! It is always great to change and try new fashion and trends every now and then. However, it is hard to beat a freshly-ironed white shirt with a plain black or navy tie.

This look will help you whenever you are in doubt about a dress code!

Pile Up The Suits

If you are in your 30s then there is one rule you must follow – make suits the backbone of your wardrobe. This is what Cumberbatch is doing for a long while now as you will very rarely see him in anything other than a plain or patterned navy or black suit.

Both the colors are great for office and evening wear, you need to remember that a suit is not just a suit. You can split blazers and trousers and can wear them casually with denim, chinos, and t-shirts.

When you are trying to get the Cumberbatch look, you will need to keep everything slick. Benedict Cumberbatch is always suave, whether it is about outfits or grooming. Investing in suits is the beginning, the next step is to pay attention to what is going above the shoulders.

That will be your hair and beard style. For Benedict Cumberbatch look, you will need to keep everything under control. Invest in good hair products, get a proper cut, spend a little time taming any strays.

Wearing all blue is not for everyone! However, how easily Benedict pulled off this look is quite surprising and amazing. For this Benedict Cumberbatch outfit, start with a lighter shirt, then go for a darker jacket, and an even darker scarf or muffler, if you are wearing it.

It is not often that someone gets to meet the Queen! However, this was no ordinary meeting for our beloved actor. In November 2015, Benedict was invited to attend a function. In this function, he was about to receive a CBE – Commander of the Order of the British Empire, for his services to the performing arts and to charity.

So – in true Benedict fashion – he wore a bespoke morning suit and silver tie as he was bestowed his award at the posh Buckingham Palace. So, if you are about to attend a wedding or a cultured party, then you can also pull off this look to ooze your guests and make the occasion more luxurious and sophisticated with your Benedict Cumberbatch-inspired look.

Get Some Quirky Socks

When it comes to jazzy socks, Cumberbatch is a huge fan! During a Time Talks event with the actress Keira Knightley, the Dr. Strange star wore a simple sports jacket and open-collar shirt;  a simple Benedict Cumberbatch outfit according to his standards. But then he turned everyone’s heads when they saw his claret polka dot socks made for subtle-yet-quirky detail.

So, if you want to try something new then you can try this small and subtle Cumberbatch favorite.

You will be eager to try wearing the same colors with every piece of your outfit. We also know that we have an affinity for certain colors. But it will wear off and make your look monotonous. Benedict Cumberbatch also does this without going monotonous.

The secret here is to play with the shades. You will see how Benedict Cumberbatch Outfits have different shades with each layer. For instance, if he is wearing all blue, then he will begin with a light blue suit and progress to a darker shade of blue.

If he is carrying any accessories like a scarf or pocket kerchief, then he will go for an even darker shade of the hue. You can also try this to wear an amazing same color outfit.

Dress For The Event

Nobody dresses better than Benedict Cumberbatch when it comes to dressing as per event or occasion! Be it the red carpet, royal meeting with the Queen, Comic-Con – he will ooze the function with his impeccable dressing.

So, you can also follow him and try some Benedict Cumberbatch outfits to surprise everyone at the party with your accurate dressing sense. He will let you know the importance of black-tie attire and why you must wear it for parties. Also, it is okay to lighten up things a bit when attending a weekend party or casual party.

Benedict Cumberbatch is a person of style and sophistication when it comes to fashion. Most of the Benedict Cumberbatch outfits will feature darker shades along with crisp iron shirts. So, if you want to dress like a true gentleman, then you can also try wearing these outfits inspired by the British actor!

Getting The India Fashion Forum 2022 off To A Good Start

I'm Jezz Marshal! I'm a fashion enthusiast and blogger who loves to write about fashion, beauty, style and many more subjects. Stay tuned with me for the latest fashion trends. 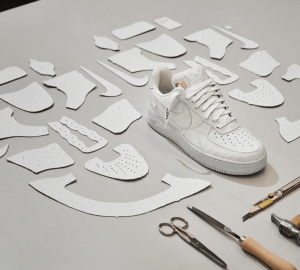 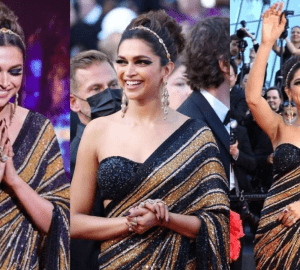 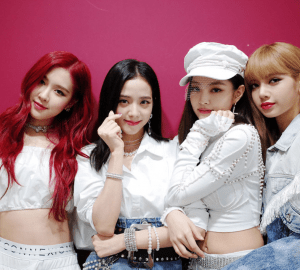 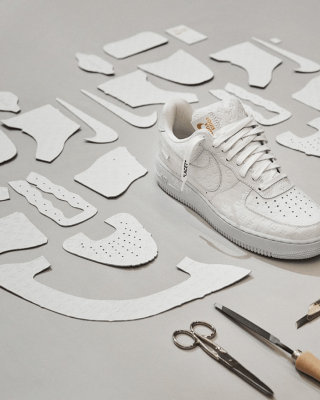 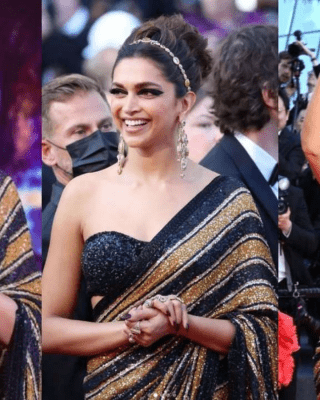 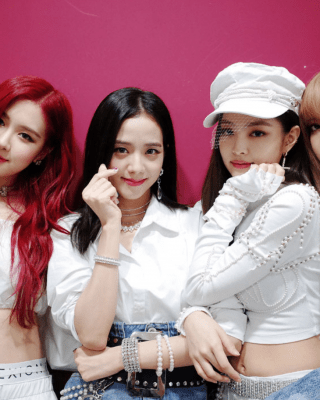 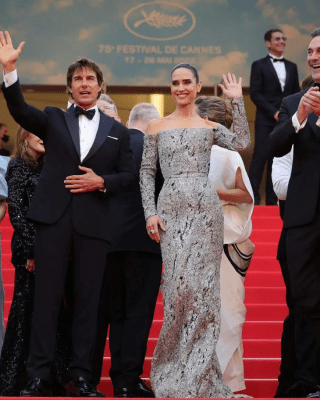