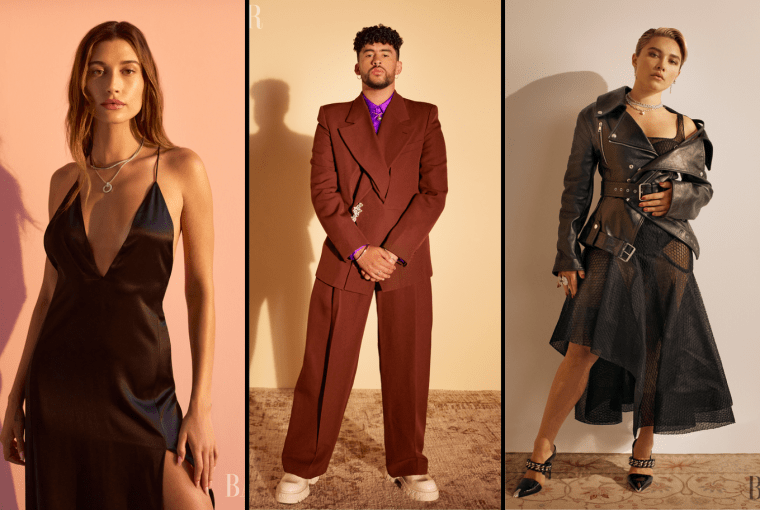 “I’d like for people to know me as someone who gave back and lifted up the community he’s from.”

‘Bazaaricons’ are artists, athletes, musicians, actors, writers, and activists who have redefined the meaning of making an impact on society in some way or other!

Not only are they paving their way to the top but also making space for others by bringing new ideas, perspectives, and experiences to the platform. This generosity, hopefulness, and vision that made them inspiring and inspired led them to be chosen as the Bazaar Icons in September 2022! You can read about all the ‘Bazaaricons’ on the digital magazine of Harper’s Bazaar’s Icons for 2022.

This Harper’s Bazaar cover portfolio dives into the life and process of an icon in the making. All of the icons portrayed in the magazine are aged 30 or under. The varied demography of people whose lives have been shaped by some superior forces is the ones presented.

For those around the age of 30 in today’s date, you would have been born in the early ’90s – when the internet was just emerging. You would likely have witnessed everything from 9/11 to the emergence of Facebook, YouTube, Twitter, a financial crisis, Instagram, TikTok, pandemic, climate collapse, movements for social justice, and yet more to come!

And during all these periods, people like the ones below, who’ve embraced who they are and are eager to push the world forward, are so necessary. Being an Icon in today’s world is not only about inspiring or knowing how to lead but also making space for others to do the same.

Not only are the Bazaar Icons September 2022 driven to succeed, but they also invite others to participate in their success. Kicking doors open themselves while making sure that everyone has an opportunity to pass the doorways is what they do. Letting go of the old definitions of what it means to be an icon and redefining your own meanings and definitions is what being an icon in 2022 means!

“I know what it feels like to be that little girl who struggled and needed music for therapy and for inspiration.”

Below are the artists, writers, activists, and more who are featured in Harper’s Bazaar ‘Bazaaricons’ 2022 Magazine.