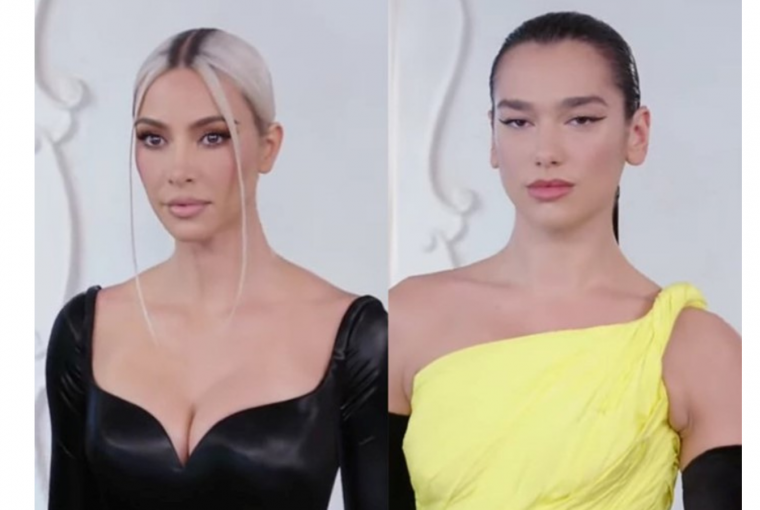 We’ve had some truly epic runway moments in recent seasons. Still, none compare to the star-studded Balenciaga Couture show in Paris on Wednesday morning, marking creative director Demna’s second for the fashion company.

But, along with the stunning outfits, the Georgian designer had a couple of other surprises in store. North West, Kim Kardashian’s nine-year-old daughter, made her Paris Haute Couture Week debut, sitting on the front row beside Kris Jenner and wearing an all-black streetwear outfit with sunglasses. We’ve never seen a more ambitious diva.

And the timing could not have been better. Demna chose Kim Kardashian to make her debut runway appearance to honor his second Balenciaga couture collection. The actress walked the runway in a full-length back gown with a low back, over-the-knee boots, and her peroxide blonde hair done in a soft bun, having long been a fan and collaborator of the company.

But Kim was just the beginning. A flood of notable personalities followed the star down the runway. Bella Hadid and Naomi Campbell fashionably walked the runway for the first time this autumn/winter couture season. Still far more unexpected were appearances by singer Dua Lipa and actor Nicole Kidman, who were also transformed into models for the occasion.

Dua Lipa looked stunning in a canary yellow one-shouldered short dress with a dramatic train at Balenciaga Couture Show, while Kidman walked the runway in a silver metallic gown and long black gloves.

Bella Hadid on the red carpet in a satin silk green bustier gown with bow detailing, one of the few outfits with a splash of color.

Nicole Kidman’s runway walk at Balenciaga Couture Show was as dramatic as her outfit, which was an asymmetric silver metallic foil gown with an extra long train for best impact.