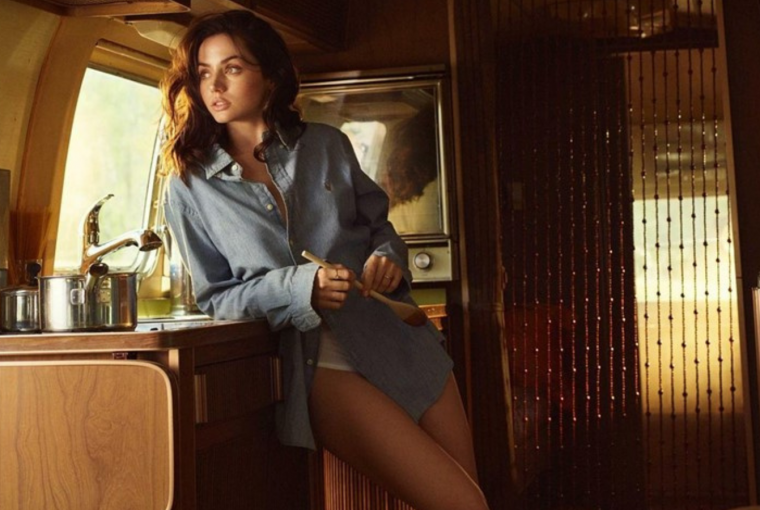 Ana De Armas, star of Gray Man and Blonde, is the cover star of the August 2022 issue of ELLE US, photographed by Christian MacDonald. Alex White was in charge of styling, and Todd Wiggins designed the set. Orlando Pita was in charge of hair, and Mélanie Inglessis was in charge of makeup. Ana is wearing a Louis Vuitton polo shirt and hoop earrings for the cover story.

Ana de Armas, one of Hollywood’s most admired stars, was chosen for Elle’s latest cover. De Armas speaks with Marisa Meltzer about her role in Netflix’s The Gray Man, a summer action film starring Ryan Gosling and Chris Evans.

The 34-year-old discusses the extreme paparazzi attention she received during her romance with Ben Affleck and how it prompted her to leave Los Angeles. The scrutiny is “horrible,” she says.

“That’s one of the reasons I left Los Angeles… Going thru it and my feelings that ‘this is not the place for me.’ It got a little out of hand. There is no way out. It’s a city that makes you nervous.” She also speaks about her Cuban roots and her ambition for more diversity in Hollywood, adding, “It’s absolutely changing; it’s getting better.” But, being in my position, it isn’t easy to know because I know it’s not the same for everyone. And I believe it is coming from filmmakers that diversity has become a requirement. “You must do the right thing.”

A New Gigi Hadid Campaign, Ryan Gosling Steps Out In Style And More!

Chanel High Jewelry Collection 1932 Is All About The Stellar Beauty!